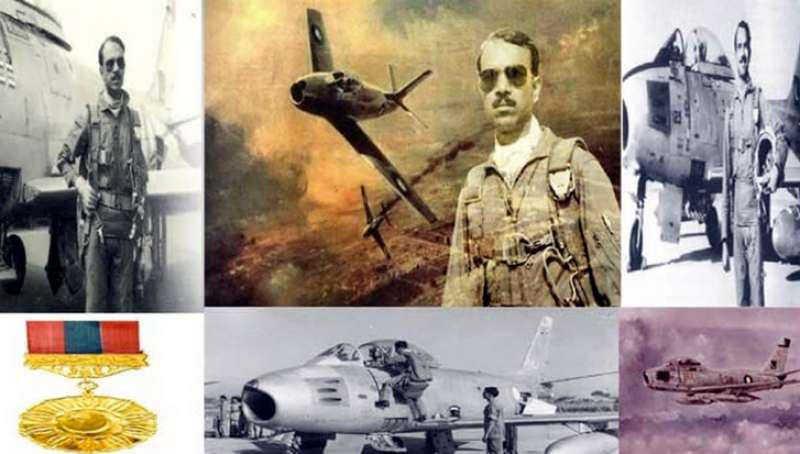 Muhammad Mahmood Alam (MM Alam) was born on 6 July 1935 in Calcutta and raised in Bengal, India. The family migrated from Calcutta to eastern Bengal which became East Pakistan following the formation of Pakistan in 1947, now Bangladesh.

Alam is remembered as a national hero for Pakistan for his remarkable courage and brilliance in the 1965 Pak-India war when he was posted at Sargodha.

Nicknamed as "Little Dragon", Alam was involved in various dogfights while flying his F-86 Sabre fighter during this war. He shot down over as nine Indian aircraft including six Hawker Hunters in the aerial fighting, and damaged two others.

In one mission on 7 September 1965, Alam downed five Indian aircraft in less than a minute, the last four within 30 seconds, establishing a world record, with total of nine aircraft downed in the war.

MM Alam was the first ever fighter pilot for PAF, listed on top in the hall of famers' list at the PAF Museum in Karachi.

He was awarded the ‘Sitara-e-Jurat’ for his bravery.

Alam retired from PAF as an Air commodore in 1982 and took up residence in Karachi. He passed away on 18 March 2013 at the of age 77 in Karachi.