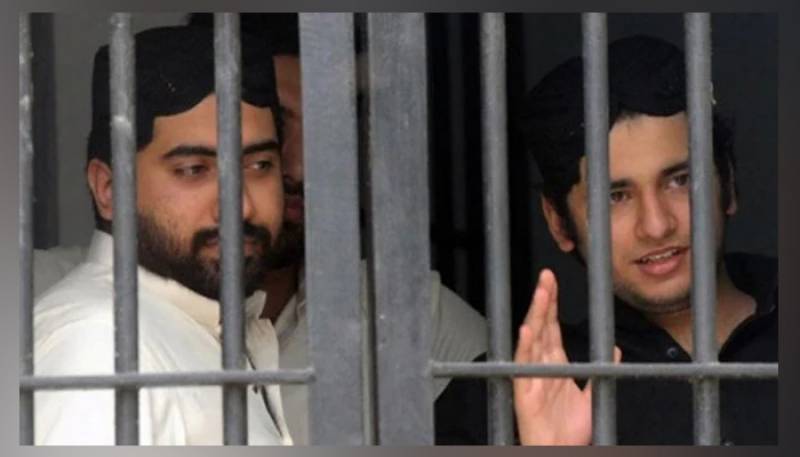 In his arguments, Counsel for Shahrukh Jatoi said that the parties had already reached an agreement.

"The accused had no intention of spreading terror,” he also added, “the murder event was presented as a case of terrorism".

In August 2013, an Anti-Terrorism Court (ATC) had awarded the death penalty to Shahrukh Jatoi and his accomplice Siraj Ali Talpur for Shahzeb’s murder in 2012 following a petty dispute.

Later, Shahzeb’s parents had issued a formal pardon for the convicts, approved by the Sindh High Court (SHC).

Despite the pardon, however, the death penalty had been upheld because of the addition of terrorism charges to the case, up until the SHC dropped the charges and ordered a retrial in the case.

The SHC, while hearing appeals against the conviction, had later commuted the death sentences into life imprisonment.

On May 13, 2019, the SHC had commuted the death sentence of Shahrukh Jatoi and Siraj Talpur – prime accused in Shahzeb Khan’s murder case – to life imprisonment.

However, the court maintained life imprisonment award to Sajjad Talpur and Ghulam Murtaza.

The state lawyer had contended that the state had objected to the compromise between the aggrieved party and the suspects, as without a special public prosecutor a compromise cannot be offered.

On March 5, 2019, the SC had rejected Shahrukh Jatoi and others’ review petition in Shahzeb Khan murder case.