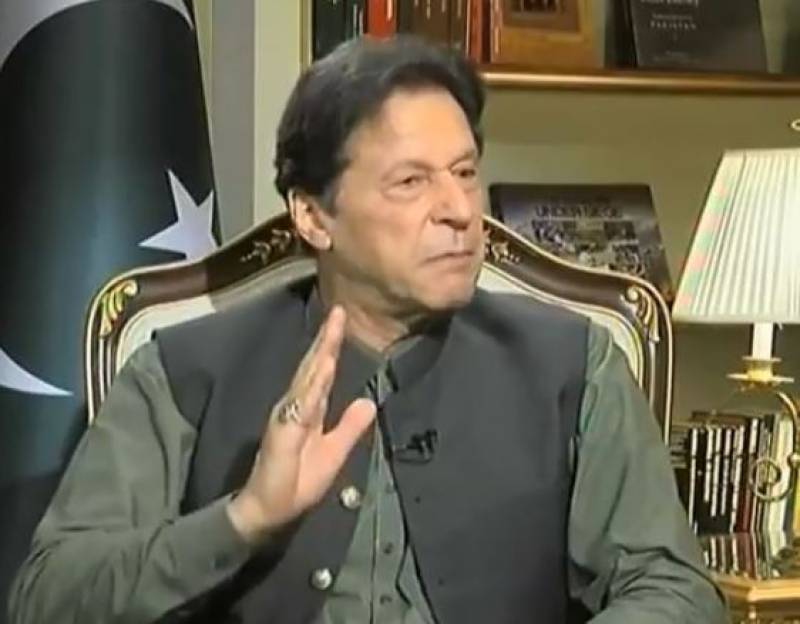 “If we recognise Israel and ignore tyranny faced by the Palestinians, we will have to give up (the cause of) Kashmir as well, and this we cannot do,” the premier said in an interview with a private TV channel on completion of two years of Pakistan Tehreek-e-Insaf government. “The Quaid-i-Azam had said in 1948 that Pakistan could not recognise Israel unless it gave freedom to Palestinians,” PM Khan added.

The PM also touched upon several issues, from the government’s strategy to deal with Covid-19, sugar and wheat crises, poor civic amenities in Karachi, government-opposition relations and FBR reforms to Pakistan’s foreign relations.

In the context of the UAE, which has recently established ties with Israel, the prime minister said every state had its own foreign policy.

He refuted an impression that Pakistan-Saudi Arabia relations had been shaken over Kashmir issue. “Saudi Arabia is one of our key friends and our relations are still fraternal and unchanged,” he said.

The PM said Pakistan’s future was linked to China as China defended Pakistan in all difficult times. He said Chinese President Xi Jinping would visit Pakistan in the winter.

Regarding coronavirus pandemic, Prime Minister said the situation is much better and under control in Pakistan. He said smart lockdown proved very helpful in overcoming the pandemic.

PM Khan said future of the country is in the rule of law and the government is committed to ensure it in the best interest of the country.

The premier said Riyasat-e-Madina was a unique Riyasat, in which uplifting downtrodden segment of society was the foremost priority.

He said Ehsaas Program is proving a milestone in steering poor segment of society out of poverty. He said our government laid special emphasis on construction sector in order to provide employment opportunities to downtrodden segment of the society. The PM said government is committed to provide cheap electricity to people and several steps have been taken in this regard.