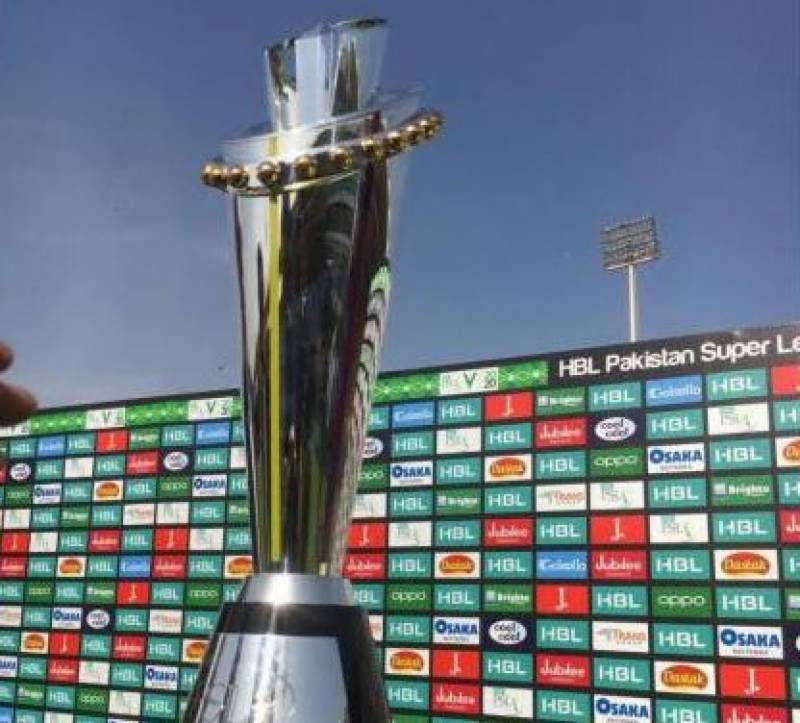 Squash icon Jahangir Khan brought the glittering trophy to the stadium before unveiling it alongside Pakistan Cricket Board Chairman Ehsan Mani and other officials.

Captains of the PSL franchises and their owners were also present on the occasion.

The trophy has been designed by UK-based based Ottewill Silversmiths. It has a crescent and star representing Pakistan and multi-coloured strips of enamel representing the vibrant culture of the country.

It is 65 centimetres long and weighs eight kilogrammes.

Intezar ka waqt khatam hua! Here is your first look at the #HBLPSLV trophy! What do you think? #TayyarHo? pic.twitter.com/FY6rP9SOQJ

The fifth edition of the PSL will be played from February 20 to March 22 in four cities including Karachi, Lahore, Rawalpindi and Multan.

In the opening match, scheduled to be played at Karachi's National Stadium on Thursday (February 20), defending champions Quetta Gladiators will take on two-time winners Islamabad United.