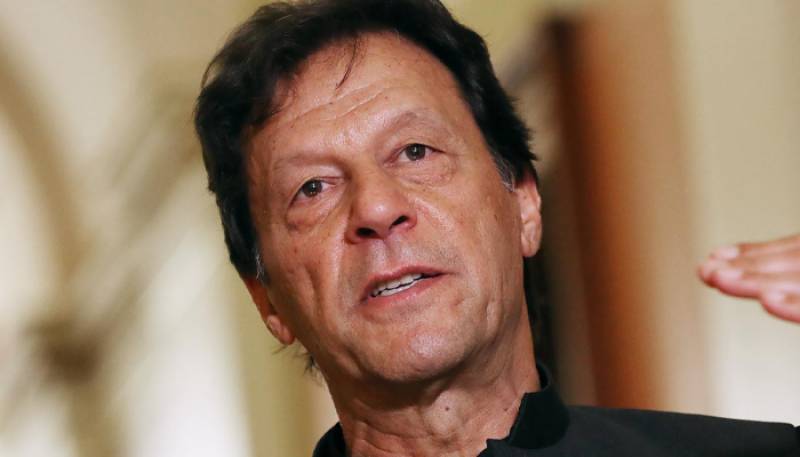 Addressing the participants of long march at Rawat vial video link from Lahore, the PTI chief said that he is inviting the entire nation to reach Rawalpindi on November 26 (next Saturday).

"I will meet you there and announce future course of action. This movement is not going to stop even after this march," he said.

The former premier said that the nation cannot afford to remain neutral regarding the present situation in the country.

"If you remain neutral today then your children and coming generations will regret that you sat in homes when you should have struggled against injustice," the PTI chief said.

He said humans had rights and until they did not stand up for their rights then society would remain a jungle.

Imran Khan has thanked the people for participating in his PTI's long march to Islamabad.

The PTI chief said that he was on the streets since his government was removed from power.

He said that the PTI has been waking up the people of the country through this march.

"I've never seen this situation since the 26 years of my politics. Even the youth, the children came out to attend the march," he said.

The former premier said he thanked God that the people were now awake, adding that a nation truly rises when it becomes conscious about its rights.

Imran Khan said that the incumbent government did not have any plan or road map to lift the country out of crises.

Speaking about the present situation, the former premier said that the establishment can either take the country in a positive or negative direction.

Khan said that he had a question for the establishment, to which he still had not received an answer.

"What was it that in 3.5 years these people (Sharif and Zardari families) were bathed in that they suddenly became acceptable for the establishment and were placed over us?” the PTI chief questioned.

He asked whether the establishment was not aware of their past, adding that the agencies had all details on their histories and past dealings.

“My question is after seven months tell me any one thing they did better in the country,” the former premier said.

Addressing the gathering at Rawat, PTI Vice Chairman Shah Mehmood Qureshi said that the party had shown utmost restraint after its chief "was riddled with bullets" and its supporters were injured and killed in the assassination bid in Wazirabad.

Earlier today, former federal minister and PTI leader Fawad Chaudhryin in a tweet shared a message for party supporters, saysing that the “final stage has arrived”

"Be prepared. Imran Khan will give a call to people today to reach Rawalpindi,” he said.

Chaudhry said that PTI leaders Shah Mahmood Qureshi and Asad Umar, who are leading separate convoys, will meet at Rawat today from where the marchers would move towards Rawalpindi.