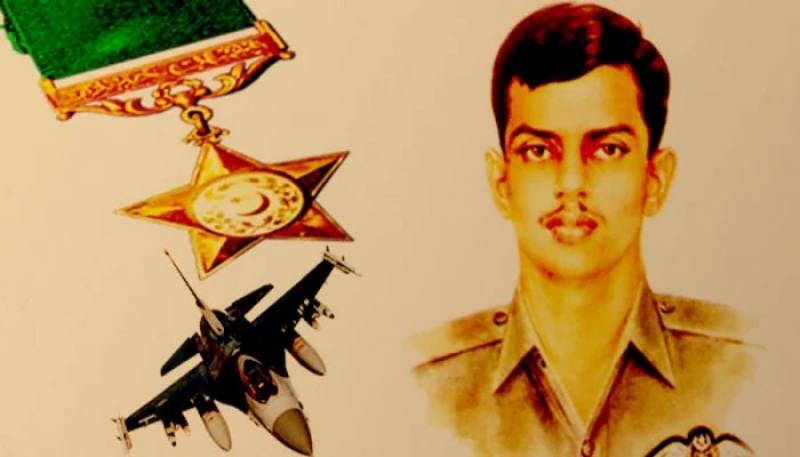 The Pakistan Army has also paid tribute to Rashid Minhas who embraced martyrdom at the tender age of 20 during the 1971 war, on his 50th martyrdom anniversary.

In the line of duty, he lived up to great traditions of PAF defending the motherland, it added.

Rashid Minhas born on 17 February 1951 in Karachi and was commissioned as GD-Pilot in the PAF in March 1971.

The young pilot sacrificed his life for the country during the 1971 war, while trying to thwart an attempt by his senior to fly a jet trainer to India.

The brave son of the soil accepted to sacrifice his life but did not allow the country's dignity to be tarnished.

In a statement, the PAF said Rashid Minhas will always be remembered as an icon of bravery and sacrifice and will remain a beacon for our future generations.

He was later posted to No 2 Squadron stationed at Maripur (Masroor) for an Operational Conversion Course, where he was destined for sublime heights by Almighty Allah.

On 20 August, 1971 an unforgettable saga of bravery was crafted with his ultimate sacrifice. pic.twitter.com/7t2fR1NY14