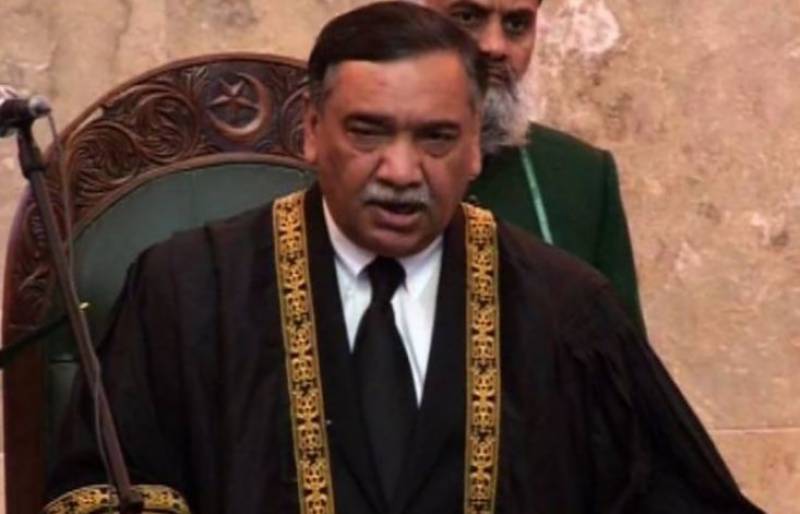 Islamabad (Web Desk): Outgoing Chief Justice of Pakistan (CJP) Justice Asif Saeed Khosa on Friday said that a campaign seems to have been initiated to defame the institution of judiciary but the truth shall prevail.

Justice Khosa said this ahead of his farewell speech during a full-court reference held at the Supreme Court (SC) in Islamabad.

He also clarified news reports attributed to him regarding the verdict of special court in the high treason case against former military ruler Gen (retd) Pervez Msharraf.

Justice Khosa rejected the allegation that he had influenced the special court’s proceedings and verdict.

“A malicious campaign has been started against the judiciary and myself. The allegations are baseless and incorrect. We know the limits of our powers and we know that the truth shall always prevail,” said the outgoing CJP.

Addressing the gathering, Justice Khosa said he strived to live up to his oath of office and tried to dispense justice according to law and without fear or favour, affection or ill-will.

The CJP said he always did what he thought was right and was worth doing and it did not matter to him as to what the reaction or consequences would or could be.

"I believe that a judge, besides being just and fair to all, should have a heart of a lion, nerves of steel, wisdom of a sage, expression of a man of letters and approach full of empathy and compassion. These were the ideals that I strived to follow but I do not know how successfully, “Justice Khosa said.

"I can, however, confidently say, and Allah Almighty be my witness for it, that I always tried to be true to the oath of my office. I gave my hundred percent to the job, tried to perform beyond the call of duty, never raised my voice, spoke mainly through my pen, never delayed a judgment unduly and after giving the best years of my life to this public service I lay down my robes today with a conscience which is clear as crystal. "

"I, however, in all humility at my command, seek forgiveness from all those in whose cases my judgment might have gone wrong unwittingly and also from those whose feelings I might have hurt unintentionally,” Justice Khosa concluded.

Justice Khosa, who has often referred to literary works in his judgements, concluded his speech with a poem by progressive poet Fahmida Riaz titled Faiz Kehtey.

Speaking on the occasion, Justice Gulzar Ahmed paid a rich tribute to his predecessor and termed the outgoing chief justice as a judge "par excellence" and "a person of extraordinary intellect, unmatched integrity and outstanding erudition".

The full court reference was attended by judges of the apex court vice chairman of the Pakistan Bar Council, president of the Supreme Court Bar, additional attorney general and others.

Justice Gulzar Ahmed will take oath on Saturday as the 27th chief justice of Pakistan.