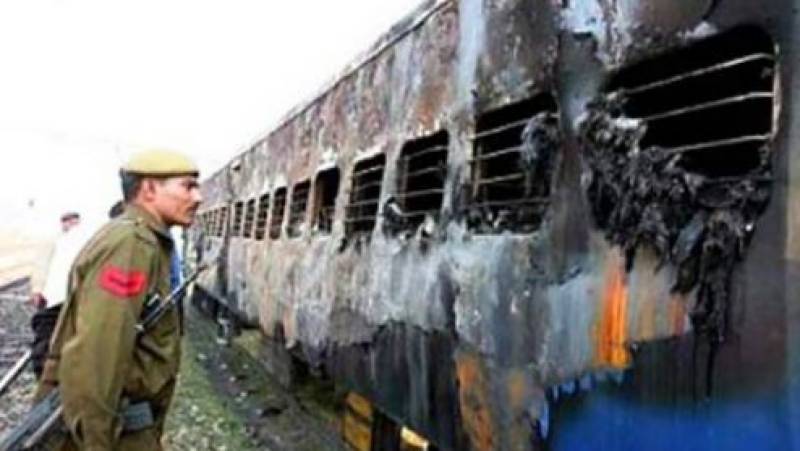 “The NIA Special Court has concluded that the investigating agency has failed to prove the conspiracy charge and ruled that [the] accused deserve a benefit of [the] doubt,” The Indian Express quoted NIA Counsel RK Handa as saying.

About 70 people - 42 of them Pakistani passengers - were killed in the blasts, which took place near Panipat in Haryana on February 18, 2007. The explosions ripped through the train as it was on its way to Attari in Amritsar, the last railway station on the Indian side.

According to NDTV, Haryana police had registered a case, but the probe was handed over to the National Investigation Agency in July 2010, which then filed a charge sheet in June 2011 after conducting a probe, indicting eight individuals.

NIA's probe came to the conclusion that the accused were upset with previous attacks on Hindu temples — Gujarat's Akshardham, Jammu's Raghunath Mandir, and Varanasi's Sankat Mochan Mandir — and had conspired to target the Pakistan-bound train as revenge, according to NDTV.

"The accused had conspired and propounded a theory of 'bomb ka badla bomb' (a bomb for a bomb)," NDTV quoted the NIA as stating in the charge sheet.

The accused include Naba Kumar Sarkar alias Swami Aseemanand, Lokesh Sharma, Kamal Chauhan, and Rajinder Chaudhary, all of whom appeared before the court.

Sunil Joshi, the alleged mastermind of the attack, was killed in December 2007, according to The Indian Express and Times of India.

The remaining three accused, namely Ramchandra Kalsangra, Sandeep Dange, and Amit, continue to be at large and have been declared as proclaimed offenders, The Indian Express reported.

The trial first began in 2010 at the Panchkula NIA court and over the course of the proceedings, around 224 witnesses of the total 299 have all testified before the court, the publication further stated.