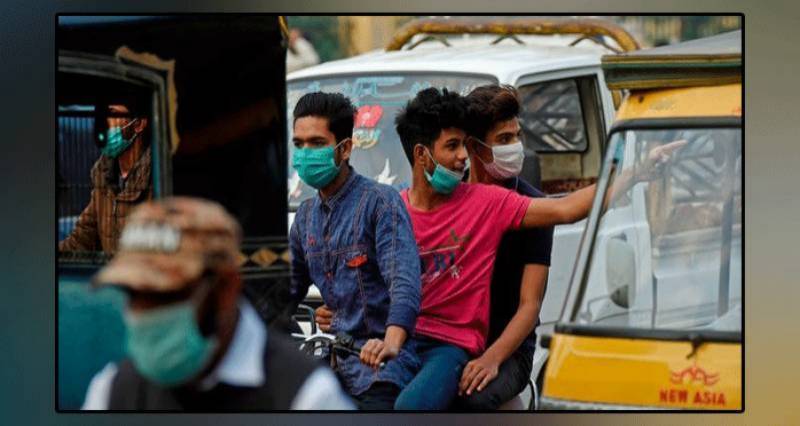 Lahore/Quetta/Karachi/Peshawar (Staff Report/Agencies): The number of confirmed COVID-19 cases in Pakistan rose to 890,391 on Thursday after 4,207 new coronavirus cases surfaced in the country during the last 24 hours.

As per National Command and Operation (NCOC), data 51,130 tests were conducted while positivity ratio remained 8.22%.

According to the government's COVID-19 portal, the death toll related to coronavirus has reached to 19,987 with 135 fatalities reported during the last 24 hours.

Over the last twenty four hours, total number of recovered COVID-19 patients across the country reached 804,122 after another 4,171 virus recoveries were reported.

Meanwhile, Minister for Education Shafqat Mahmood has said that the NCOC has allowed holding of professional exams.

In a tweet on Thursday, he said that details regarding exam centers, number of students and standard operating procedures (SOPs) to be followed should be shared with the Secretary Education Ministry.

The minister said if all arrangements are satisfactory, permission will be given promptly for such exams.

Earlier on Wednesday, the NCOC announced the lifting of a number of restrictions imposed to control the spread of COVID-19 in the country.

The forum announced reopening of educational institutions in districts where the positivity rate is less than five per cent and resumption of outdoor dining.

Meanwhile, it was also decided that elective surgeries will be reopened from June 1.

However, certain restrictions will remain in place. These are:

All contact sports, festivals, cultural, musical and other events will be banned.

All types of indoor and outdoor gatherings, including religious events will be banned.

Inter-provincial public transport will remain suspended on the weekends from May 22.

Tracks for walking and jogging will be allowed to remain open with strict adherence to SOPs.

It is pertinent to mention that the global coronavirus cases have reportedly surpassed 163.8 million and death toll tops 3.398 million.