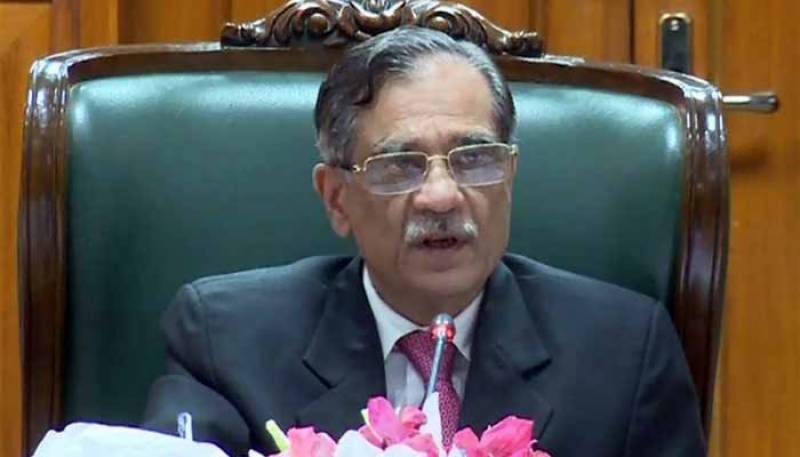 Islamabad (Staff Report): Chief Justice of Pakistan (CJP) Justice Mian Saqib Nisar will head to UK on a week-long private trip from today (Tuesday) to raise funds for the construction of Diamer Bhasha and Mohmand Dams.

The top judge will attend fund-raising ceremonies in London, Birmingham and Manchester.

On November 23, the top judge will attend a fund-raising dinner in Manchester; the dinner is being organised by Pakistan Tehreek-e-Insaf member and Prime Minister Imran Khan’s close friend Aneel Musarrat.

On the same day, Geo News International will start a live telethon from Manchester for the construction of the dams.

A post released by a group, Imran Khan Lovers UK and Europe, said that it will be holding an event on the evening of November 25 to raise funds for the construction of dams.

Meanwhile, on November 26, the chief justice is scheduled to attend a ceremony of the World Congress and Overseas Pakistanis. Justice Nisar will meet community members at the event.

UK Pakistan Chamber of Commerce & Industries is also scheduled to host a fund-raising event during the CJP’s visit.