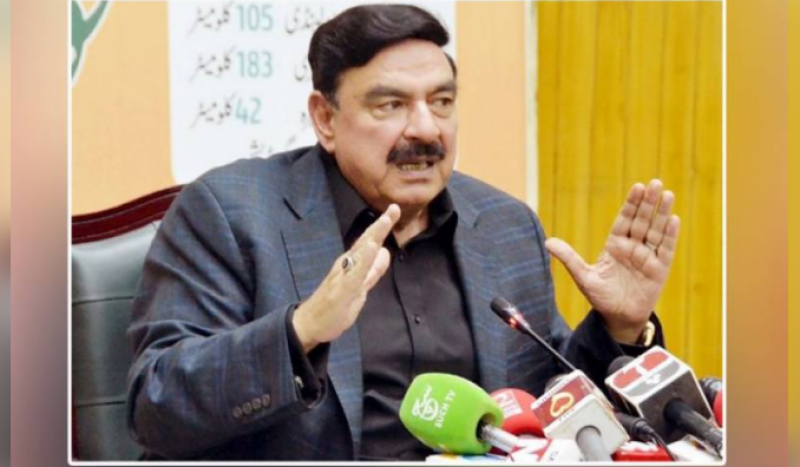 Addressing a press conference in Islamabad, the minister said this while responding a query regarding New Zealand cricket team's recent decision to abandon its Pakistan tour minutes before the first match was scheduled to begin.

Criticizing the opposition, Sheikh Rashid said, "Don't throw stones at Sheikh Rashid of the Ministry of Interior while living in a glass house," he said, adding that the cabinet had provided the New Zealand team with security by the Pakistan Army. He it was the government's "responsibility" to do so.

The interior minister said that other teams had visited Pakistan in the past without any issues.

He also called on the nation to not be disappointed, stating that the day will come when international teams will want to play in Pakistan.

The minister also questioned the "Five Eyes" alliance", asking "where were the security experts when the New Zealand team was practicing here for three days."

Sheikh Rashid said that Pakistan's security forces were among the world's strongest agencies, saying there was no threat alert that prompted the Kiwis to abandon the tour at the last minute.

The minister also shed light on other issues, including the issue of identity cards and passports, elections, and the situation in Afghanistan.

Talking about Afghanistan’s situation, he categorically stated that Pakistan has neither established any 'Mohajir' camp nor has received new refugees from Afghanistan.

The interior minister said Pakistan wants return of three million Afghan refugees to their homeland after the return of stability there.

"Meanwhile, 4,000 people have returned from Pakistan to Afghanistan via the Torkham and Chaman borders," he said.

The minister maintained that Pakistan has only one narrative, and that is to ensure peace and stability in Afghanistan.

"Prime Minister Imran Khan has conveyed this message at the 20th Shanghai Cooperation Organisation's (SCO's) Heads of State Summit in Tajikistan," he said.

Responding to a question regarding security measures taken for Chehlum processions, Sheikh Rashid said that the Pakistan Army and Rangers would be deployed to assist the provinces.

“Mobile phone services will also be suspended at the request of provincial governments,” he added.