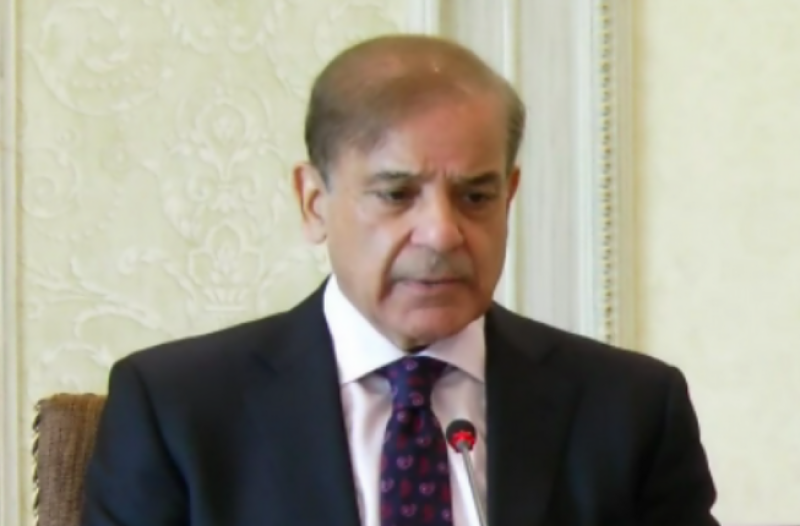 New York (Web Desk): Prime Minister Shehbaz Sharif is in New York night to lead Pakistan’s delegation to the 77th session of the United Nations General Assembly (UNGA) , in which some 140 world leaders are expected to take part.

The prime minister is set to address the 193-member Assembly during its high-level debate on September 23.

The debate is opening on Tuesday (today) and will end on Sept. 26

PM Shehbaz, In a post on Twitter,  informed about his arrival in New York saying that he will tell Pakistan's story to the world.

Reached NY a few hours ago to tell Pakistan's story to the world, a story of deep anguish & pain arising out of a massive human tragedy caused by floods. In my address at UNGA & bilateral meetings, I will present Pakistan's case on issues that call for world's immediate attention

The prime minister flew to New York from London where he attended the final rites of Queen Elizabeth II on Monday.

On his arrival at New York’s John F Kennedy International Airport , he was received by Pakistan’s Permanent Representative to the UN, Munir Akram, Pakistan’s Ambassador to Washington, Masood Khan, Consul General in New York, Ayesha Ali and other senior officials.

As per the schedule, PM Shehbaz will attend a reception to be hosted by UN Secretary-General Antonio Guterres on September 20.

On the same day, he would also meet French President Emmanuel Macron, the Austrian chancellor and the Spanish president.

A meeting with President of the European Union Council Charles Michel and participation in Global Food Security Summit to be hosted by President of Senegal and the African Union is also on the agenda of the prime minister’s visit.

Besides meeting with the UNGA president, Csaba Korosi, the prime minister would also attend a dinner reception to be hosted by US President Joe Biden.

PM Shehbaz will also host a luncheon reception in honour of Turkish president and his spouse, besides meeting with Finnish President Sauli Niinisto.