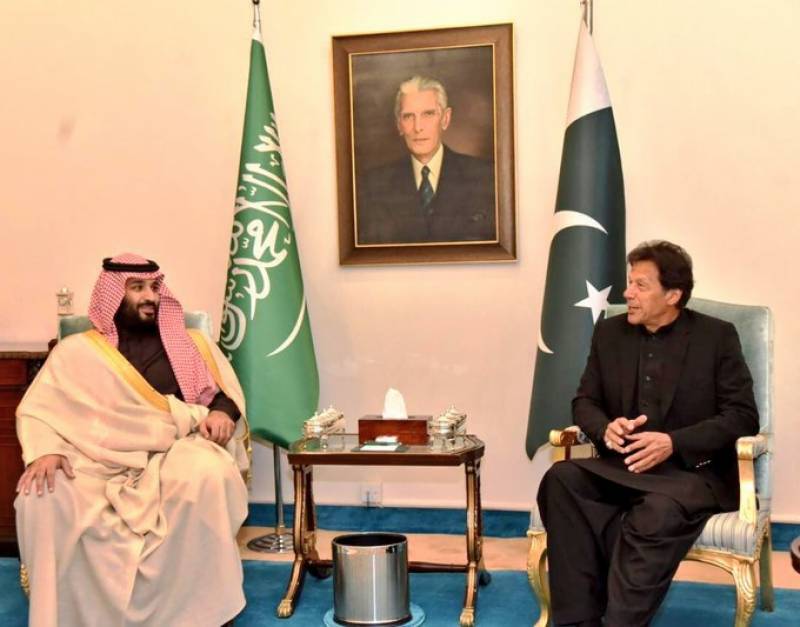 Islamabad (Web Desk): Saudi Arabia on Saturday rejected the reports that it had pressured Pakistan to refrain from attending the Kuala Lumpur Summit held in Malaysia.

In a press release, the Saudi embassy in Islamabad stated that the news promoted by some parties about alleged pressure from the kingdom on Pakistan is nothing but “baseless and fake”.

"The Embassy of the Kingdom of Saudi Arabia in the Islamic Republic of Pakistan confirms that the news promoted by some parties about alleged pressures exerted on Pakistan by the Kingdom to discourage it from participating in the mini-summit held in Malaysia, are baseless and fake," the statement read.

The statement said relations between Pakistan and the Kingdom of Saudi Arabia are superior to language of threat.

It said that the brotherly relations between the two countries are long standing and strategic based on trust, understanding and mutual respect.

The statement said that the two countries enjoy a consensus of views on most regional and international issues, especially the issues of Islamic nation.

"Saudi Arabia has always stood with Pakistan in difficult times and that we strive always to stand with Pakistan to be a successful and stable country," the statement by the Saudi Embassy added.

The statement comes a day after Turkish newspaper Daily Sabah reported that Turkish President Recep Tayyip Erdogan had said Pakistan had decided to refrain from attending the Kuala Lumpur Summit because of Saudi Arabia's threats of economic sanctions.

On Friday Pakistan’s Foreign Office (FO) also responded to the reports and stated that Pakistan withdrew from the summit as "time and efforts were needed to address the concerns of major Muslim countries regarding possible division in the Ummah".

"Pakistan will continue to work for the unity and solidarity of the Ummah, which is indispensable for effectively addressing the challenges faced by the Muslim world," the FO statement had said.