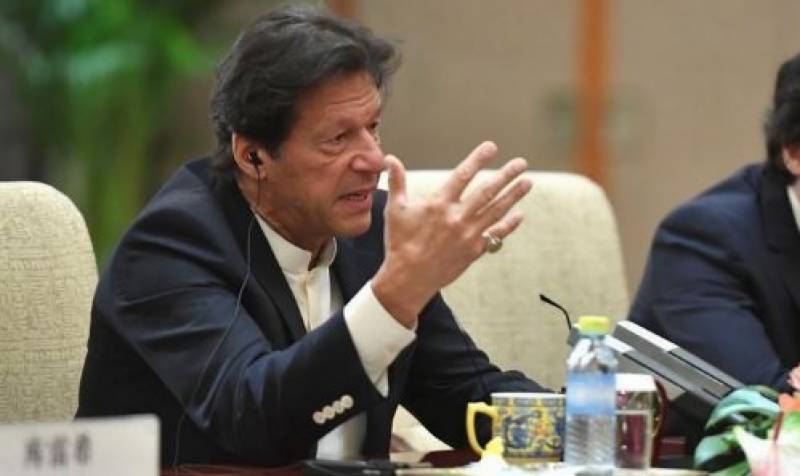 According to sources, the prime minister while presiding over a meeting of government spokespersons, told them not to react or respond to the CJP’s comments that the government itself allowed former premier Nawaz Sharif to travel abroad for medical treatment.

Addressing a ceremony in Islamabad on Wednesday, the CJP said that the prime minister should not refer to the judiciary as powerful. He urged PM Imran to refrain from statements alluding to the judiciary’s powers.

“The prime minister is the elected chief executive. We respect his position but no one should taunt us about powerful people,” said CJP Khosa.

“This Supreme Court has convicted two prime ministers and is going to soon decide the case of a former army chief. This is a new judiciary since its restoration in March 2009 and we will act in accordance with the law.”

The Chief Justice also commented on the PM’s statements about the functioning of the country’s judicial system.

“Everyone should know that the judges are working hard but no one is perfect,” said Justice Khosa.

Justice Khosa said that they have been working without resources, adding that those criticising the courts should be careful. The CJP said that the current judiciary should not be compared to that of 2009 as it is free now.

While referring to a former army chief, the CJP said that the courts are about to announce verdict in the case of a former chief of army staff. He lamented that the judiciary is working without proper resources and only above 3000 judges gave verdicts in hundred thousands of cases last year.

“If one high-profile case gets highlighted by media then it does not mean the 3.6 million cases by a mere 3,100 judges should lay forgotten.”