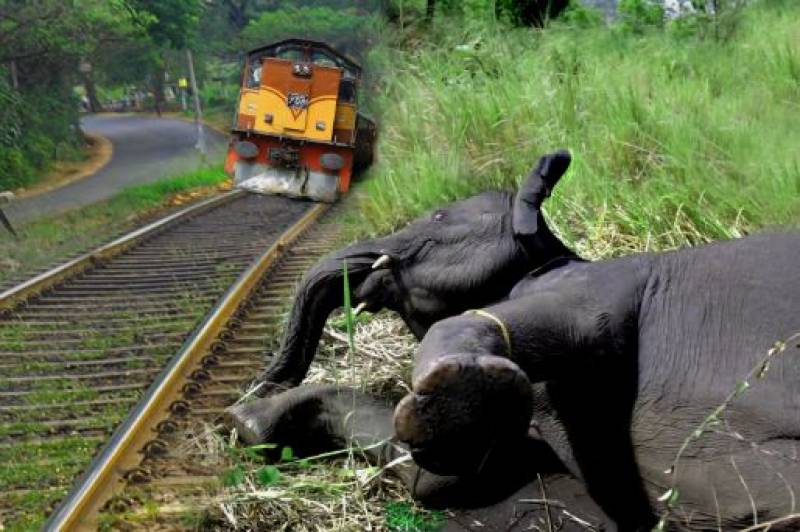 A Jaffna-bound night train rammed into two elephants at Ambanpola, 150 kilometers (93 miles) north of Colombo, killing one and injuring the other.

In a separate accident, a passenger train derailed after hitting and killing an elephant near Palugaswewa, 160 kilometers (100 miles) north-east of Colombo.

No passengers were injured in either accident.

“Train services have been disrupted, but we are working to remove the carcass and repair the track on the eastern line,” an official said by telephone.

Speed restrictions are imposed on trains passing through elephant habitats but these are difficult to enforce.

Only 10 percent of Sri Lanka’s trains are believed to be equipped with speedometers, local media reported Sunday.

Two weeks ago, a passenger train struck and killed three elephants. A fortnight before that, a mother elephant and her two calves were hit and killed in the east of the country.

Sri Lanka considers elephants a national treasure and they are protected by law. But conflicts between humans and elephants near wildlife sanctuaries remains a problem.

Official figures show 1,200 elephants have been killed by humans in the past five years, with 375 people trampled to death by the beasts.

The government announced in August it would erect 2,651 kilometers (1,556 miles) of electric fencing to keep elephants out of villages bordering wildlife reserves. It is estimated there are 7,500 wild elephants in Sri Lanka.