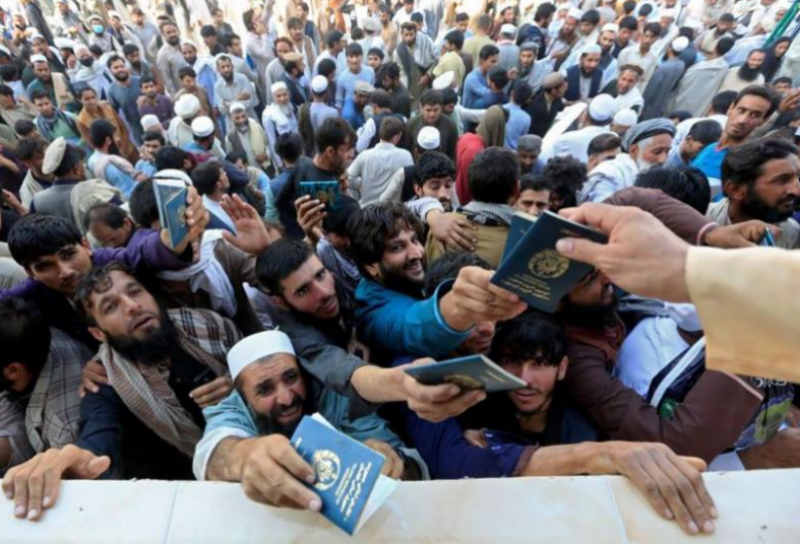 Jalalabad (Web Desk): At least 15 people were killed and several others were injured in stampede near Pakistani consulate in Afghanistan’s Jalalabad.

According to reports the incident occurred after thousands of Afghan nationals gathered in an open ground near the consulate to secure Pakistani visas.

It is pertinent to mention that tens of thousands of Afghans every year travel to neighboring Pakistan to secure medical treatment, education and jobs.

The Pakistani consulate had resumed issuing visas last week after a closure of seven months due to COVID-19 pandemic.

Pakistan has expressed its deep grief over reports of loss of Afghan lives and injuries to people in a stampede five kilometer from Pakistan consulate in Jalalabad.

“Our sympathies go out to all those affected by the tragic incident, where applicants for Pakistani visas were being gathered under the arrangements of the provincial Afghan authorities”, Pakistan’s Foreign Office said in a statement.

The statement added that the government of Pakistan has recently announced a new visa policy to facilitate Afghan brothers and sisters in view of large number of visa applications.