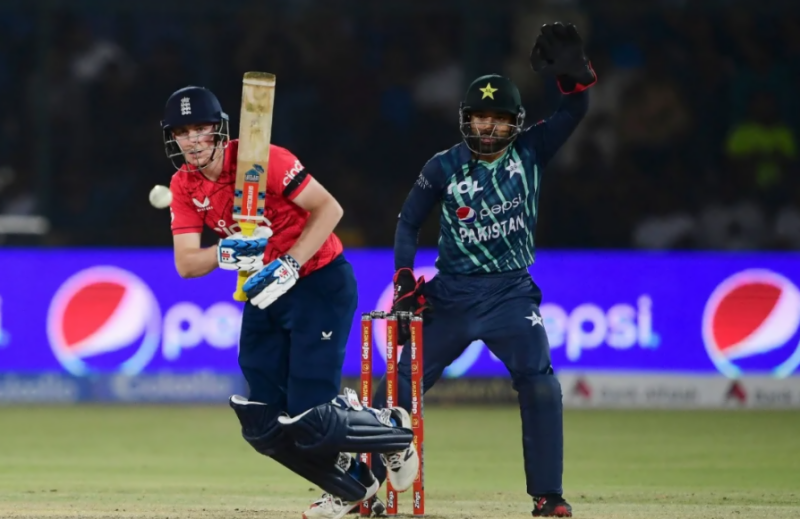 England won the toss and decided to field first in the match.

Babar Azam and Rizwan shared good opening partnership of 85 runs before the Pakistani skipper was bowled out by England’s Adil Rashid for 31.

One-down player Haider Ali was dismissed by Sam Curran for 11 runs as he could not stay long with Rizwan on the crease.

Shan Masood’s T20I debut was not impressive as he could score only 7 runs before caught out by Richard Gleeson on Rashid’s ball.

After Rizwan's dismissal, Iftikhar Ahmed kept the scoreboard ticking up as the Team Green build a total of 158 runs.

Hales made 53 off 40 balls before he was caught out by Babar Azam on Haris Rauf’s ball while Brooks smashed unbeaten 42 off 25 balls to win the match.