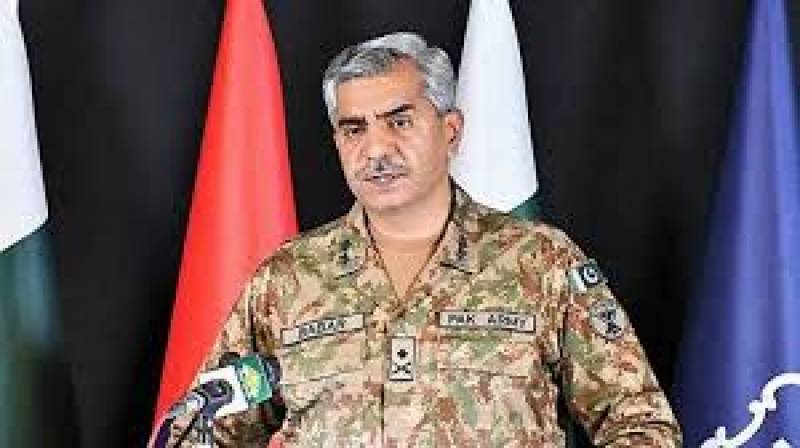 Rawalpindi (Staff Report/Agencies): Inter-Services Public Relations (ISPR) Director General Major General Babar Iftikhar has said that significant achievements have been made in all the domains of Operation Radd-ul-Fasaad to ensure durable peace across the country.

Addressing a news conference on completion of four years of Radd-ul-Fasaad here on Monday, the ISPR said the operation was launched to restore people’s confidence in the state and make terrorists completely ineffective.

When asked about reports on social media that Inter-Services Intelligence (ISI) Lt Gen Hamid was going to be replaced, possibly by former ISPR chief Lt Gen Asif Ghafoor, Iftikhar categorically denied, terming the reports “baseless speculations” and said there was no truth to them.

During the presser, the ISPR chief briefed reporters about achievements in counter-terrorism measures taken by the forces in recent times.

Giving an overview of the dividends earned through Operation Radd-ul-Fasaad, Pak Army’s media wing chief said this operation was not area-specific and its domain extended to the entire country.

Elaborating further on the operation, ISPR chief said the grand strategy of Pakistan’s war against terrorism was based on the “clear, hold, build and transfer” doctrine. He added that various areas were cleared of terrorists after major operations in the clear and hold phase, with Radd-ul-Fasad being the start of the build and transfer phase. “During this, it was our responsibility to make hard-earned gains irreversible.”

Babar Iftikhar said 23rd March will be celebrated with zeal and zest. He said national parade will be organized on the day to disseminate the message of "one nation, one destination (Aik quom aik Manzil) ".

The ISPR chief clarified that appointments in the Pakistan Army, especially on the senior level, were not so “short-lived” and the tenure of the head of an institution usually lasted two years. “So this is completely baseless speculation,” he maintained.