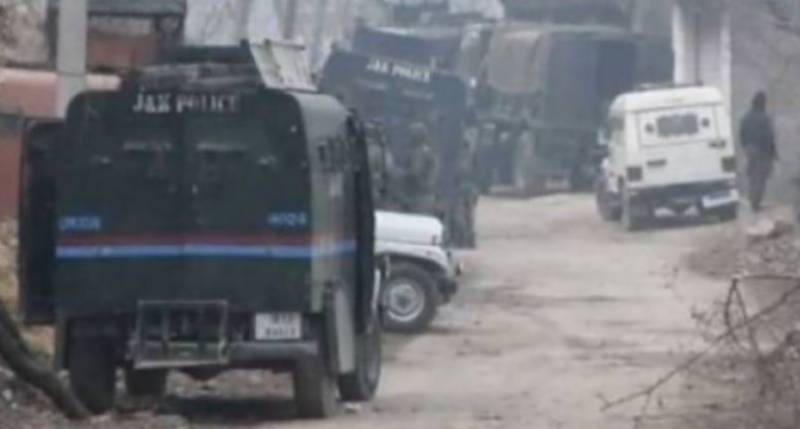 The youth were killed during a cordon and search operation in Heff Shirmal area. One of the martyred youth identified as Shams-ul-Haq Mengnoo, is the brother of an officer of Indian Police Service, Inam-ul-Haq Mengnoo. The operation continued till last reports came in.

Despite snowfall and rains, people took to the streets and staged forceful demonstrations against the killing of the youth.

The occupation authorities have snapped mobile internet service in the district.

Indian troops, during door-to-door searches, barged into several residential houses and harassed the inmates at Dandosa in Rafiabad area of Baramulla district.

Hurriyat leaders including Engineer Hilal Ahmed War, Bilal Siddiqi and Zafar Akbar Butt in their statements in Srinagar paid glowing tributes to the six youth martyred by Indian troops in Budgam and Shopian areas during the past two days.

They said the Kashmiri martyrs were rendering their lives for a sacred cause and their sacrifices would not be allowed to go waste.

Last week, dozens, including women, were injured in occupied Kashmir as Indian forces opened fire at mourners gathered for the funeral of a martyred youth, Zeenatul Islam, in Shopian district.

According to Kashmir Media Service, troops laid barricades on roads to prevent people from participating in the funeral. However, defying the restrictions, a large number of mourners assembled in the village to perform the last rites of the martyred youth.

The occupation force fired bullets, pellets and teargas shells to disperse the mourners. The use of force triggered clashes between the mourners and the troops, resulting in injuries to several people. Critically injured mourners were shifted to nearby hospitals for treatment.

Indian troops martyred Zeenatul Islam alias Dr Usman and his associate during a cordon and search operation in Katapora village in Kulgam district, a day earlier.