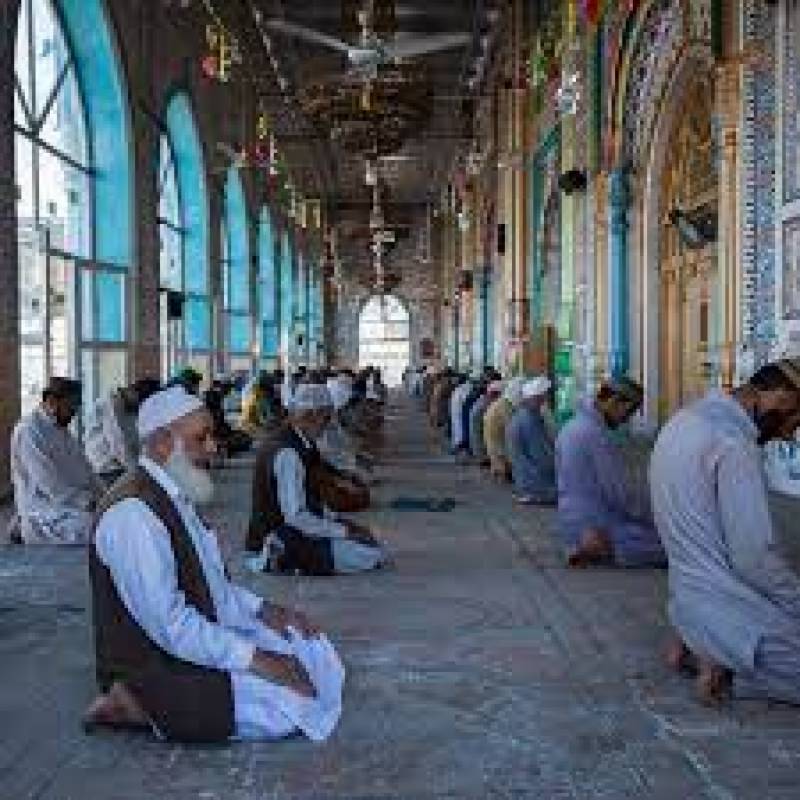 Islamabad (Web Desk): The National Command and Operation Centre (NCOC) has issued new Standard Operating Procedures (SOPs) for mosques and places of worship across the country amid a surge in COVID-19 cases during the fifth wave of virus fuelled by the Omicron variant.

According to details, the forum has directed that only fully vaccinated people will be allowed to offer prayers in mosques while wearing facemasks has also been made mandatory.

The mosques have been directed to remove carpets from the floor and ensure six-foot distance among the individuals to avoid the spread of the virus.

The NCOC has urged people to perform ablution at home and then visit mosques.

It added that arrangements should be made to carry out prayers in open places while windows and doors of the worship places should also be left open.

The forum has also suggested to keep the Friday sermon brief.

Meanwhile, the NCOC has decided to close educational institutions with high positivity rate of Omicron.

The forum in a statement said that COVID-19 testing in education institutes was carried out in major Omicron hit cities to ascertain disease spread among students and ensure accurate disease mapping.

It has therefore been decided to carry out aggressive testing in education institutes for next two weeks especially in high disease prevalence cities and institutes with high positivity rate will be closed for one week.

It further said Provincial Administration in consultation with District Health, Education Authorities and School Administrations to set a threshold of cases for deciding such closures.

It said federating units to carry out special vaccination drives in schools to ensure 100 percent vaccination of students over 12 years of age.

On the other hand, the number of confirmed COVID-19 cases in Pakistan rose to 1,360,019 on Saturday after 6,540 new cases surfaced in the country during the last 24 hours.

According to the government's COVID-19 portal, the death toll related to coronavirus has reached to 29,077 with 12 fatalities reported during the last 24 hours.

Over the last twenty four hours, total number of recovered COVID-19 patients across the country reached 1,267,598 after another 1,119 virus recoveries were reported.