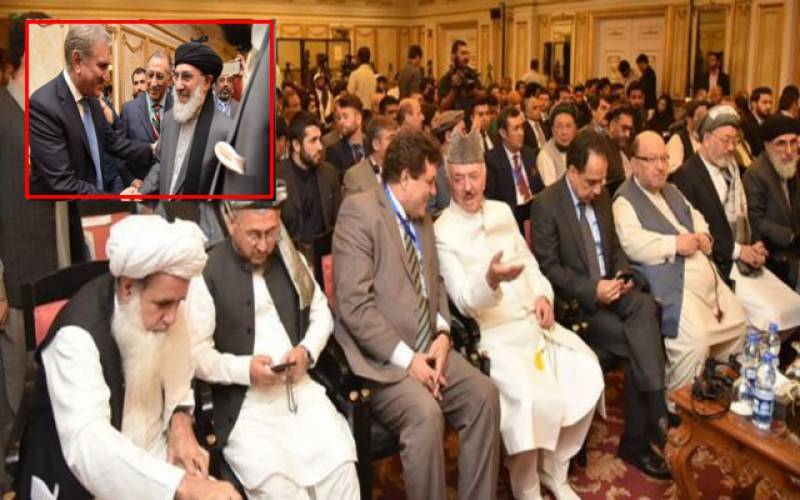 In his speech at the Afghan peace conference title “Lahore Process” in Bhurban Murree , Qureshi maintained that Pakistan stood for the sovereignty and territorial integrity of Afghanistan and remained fully committed to a peaceful, stable, united, democratic and prosperous Afghanistan.

The Minister said we are determined to build our bilateral relationship on the principles of non-interference, mutual respect and common interest.

About decades’ long conflict in Afghanistan, the minister said it had brought great sufferings to the people of Afghanistan and Pakistan. He said no one has suffered more than the people of Pakistan due to this persistent instability and conflict.

Linking Pakistan’s security with the instability in Afghanistan, Qureshi said it continued to be deeply influenced by the security situation in Afghanistan.

“Advancing the cause of peace and stability in Afghanistan is, therefore, in Pakistan’s own national interest,” he reiterated, adding mutual ties between the two countries were based upon principles of non-interference, mutual respect and common interests. He further clarified that no one in Pakistan subscribed to any notion of so-called ‘strategic depth’ in Afghanistan.

“We must not let anyone resurrect this dead horse to advance their propagandist aims or seek to sow the seeds of misunderstanding between us and our Afghan brethren,” he added.

Qureshi said they wanted to see a friendly Afghanistan governed by an elected leadership and representative of the aspirations of all Afghans.

About the previous mistrust between the two neighbours, he said for too long, the vicious circle of mistrust, often fed into by their common enemies, had affected their relationship. “It is indispensable to move away from this negative paradigm,” he emphasized.

The minister said Pakistan whole-heartedly facilitated the Afghan peace process in good faith and as a shared responsibility and would continue to play its due role in this regard.