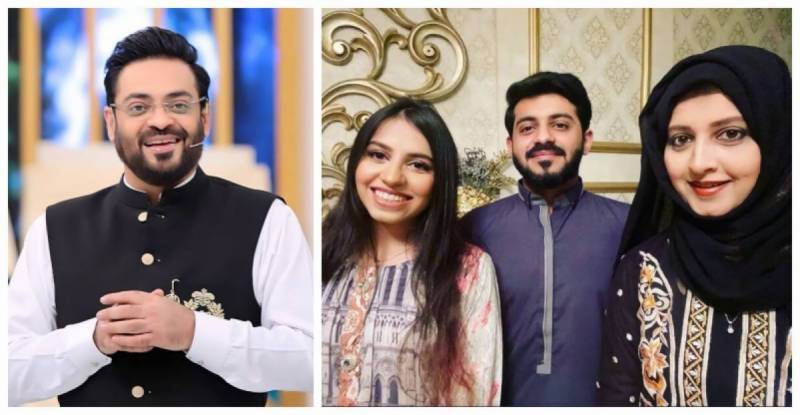 Karachi (Web Desk) The Sindh High Court (SHC) on Wednesday suspended the orders for the exhumation of Aamir Liaquat Hussain's body for an autopsy to determine theactual caus of his death.

Aamir’s family challenged the order of his autopsy in Sindh High Court (SHC).

The children of the deceased television host had pleaded that they do not want an autopsy of their father and prayed the court to order the implementation of their plea.

During the hearing today, petitioners’ counsel Zia Awan maintained that the judicial magistrate hastily issued the order over a random citizen’s plea seeking exhumation and postmortem while Hussain’s family was never in its favour.

“The plea was a publicity stunt over which the family’s stance wasn’t heard properly,” Awan stated.

Accepting the plea against the exhumation of Hussain’s body, the court issued stay against judicial magistrate's order. It also issued notices to Abdul Ahad, the petitioner of the plea seeking an autopsy and other respondents of the case, directing the parties to submit their replies at the next hearing.

The judicial magistrate (East) on Saturday approved a petition seeking the autopsy of the deceased anchorperson, who was found dead under mysterious circumstances at his residence earlier this month.

Last week, a citizen named Abdul Ahad had filed an application in the court of Judicial Magistrate (East) Wazeer Hussain Memon, seeking Hussain's post-mortem, arguing that in light of previous "judgments passed by the superior courts, reasonable suspicion is considered to be sufficient, to ascertain the actual cause of death of the deceased to exonerate doubts".

In its order, the court said that Amir Liaquat's family, the “heirs of his grave”, have maintained that conducting the anchorperson’s post-mortem would violate the sanctity of his grave.

But the court said that if the death is suspicious and there is a fear that a crime might have been committed, then the law will have to take its course.

According to a notification issued by the Sindh health department on Tuesday, exhumation was scheduled to take place on June 23.

A six-member medical board had been formed to perform a post-mortem examination on the body of former lawmaker.

Aamir Liaquat, a renowned television personality, passed away on June 9 under mysterious circumstances. His family members had refused to allow a post-mortem examination.

Subsequently, on the order of the magistrate, the body of the deceased was thus examined externally and handed over to their heirs, following which he was buried.