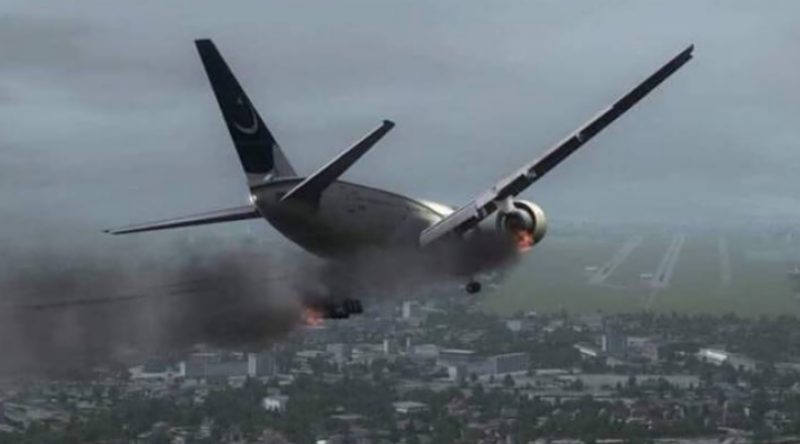 According to details, PK 8303, carrying 99 passengers and 8 crew members, was flying from Lahore to Karachi when it crashed at the Jinnah Garden area near Model Colony in Malir.

Several houses were damaged in the area where the plane crashed.

According to eyewitnesses the incident took place at 3:25 pm near the residential area, which is around four kilometers away from the airport. The initial reports claimed that the incident happened due to technical problem in landing gear.

Talking to a private TV channel, a PIA spokesperson said the aircraft lost communication with the ground staff at 2:37pm and crashed around a minute before landing.

At least 107 passengers including senior journalist Ansar Abbasi were aboard the flight.

In a statement, the Inter-Services Public Relations (ISPR) said that Pakistan Army Aviation helicopters have arrived on the spot for rescue efforts and damage assessment while Urban Search and Rescue teams are also on the ground.

Chief of the Army Staff (COAS) General Qamar Javed Bajwa has expressed grief over the loss of lives in the crash.

This is a developing story and will be updated accordingly.