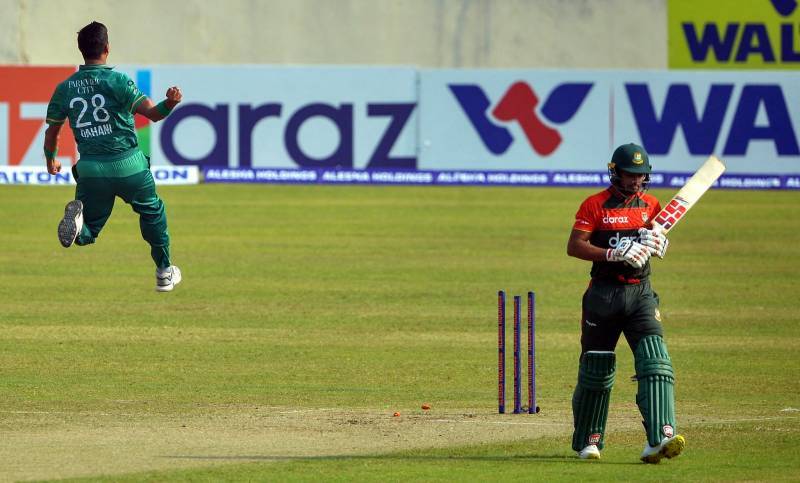 The Bengal Tigers got off to a poor start, losing left-handed batsman Shanto in the second over. Shamim Hossain scored 22 off 23 balls but he too was sent packing by Usman Qadir.

Opener Mohammad Naim and Afif Hossain managed to get 43 runs for the third wicket but it came off 42 balls.

The match is also the T20I debut for Shahnawaz Dahani. The Pakistan Cricket Board (PCB) posted a video of him receiving his debut cap from Sarfaraz Ahmed.

Pakistan's bowlers have so far impressed in the series, with Hasan Ali doing the trick in the first T20 with three wickets while Shaheen Afridi took up the baton in the second T20, when Hasan was rested, and managed to rattle the Bangladeshi batters.