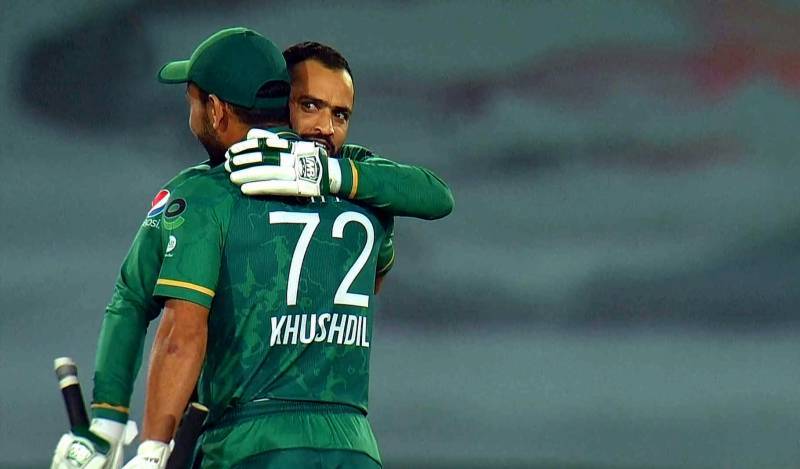 Mohammad Rizwan (40) and Haider Ali (45) played tremendously, but Bangladesh did not give up, as they mounted pressure in the death overs.

On the last ball, Pakistan needed two runs to beat Bangladesh and Mohammad Nawaz did not disappoint, as he hit a boundary to help the Green Shirts clean sweep the series.

Earlier, winning the toss and opting to bat first, Bangladesh set 125-run target for Pakistan to win the last match of the series.

The Bengal Tigers got off to a poor start, losing left-handed batsman Shanto in the second over. Shamim Hossain scored 22 off 23 balls but he too was sent packing by Usman Qadir.

Opener Mohammad Naim and Afif Hossain managed to get 43 runs for the third wicket but it came off 42 balls.

The match was also the T20I debut for Shahnawaz Dahani. The Pakistan Cricket Board (PCB) posted a video of him receiving his debut cap from Sarfaraz Ahmed.