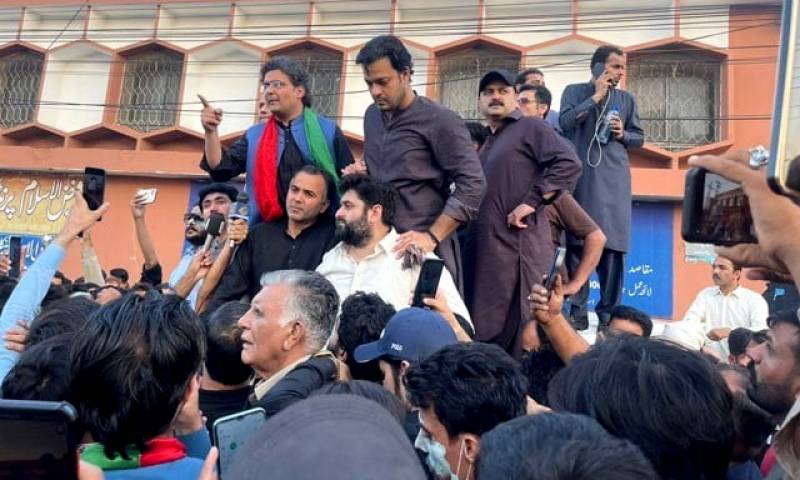 Islamabad (Web Desk): A terror case on Saturday was registered against the local leaders of the Pakistan Tehreek-e-Insaf (PTI ) for their alleged violent behaviour during the protests against party chief Imran Khan's disqualification by the Election Commission of Pakistan in Toshakhana reference.

According to details, the case has been registered at the I-9 police station on the federal government's complaint.

As per the first information report (FIR), the PTI workers pelted stones at the police and FC personnel, injuring them.

The FIR said that the demonstrators tried to run over policemen with the intention of murdering them.

It added that the protesters set fire to trees in Faizabad and its nearby areas and tried to damage government property.

The coalition government had filed a reference seeking former premier Imran's disqualification from public office under articles 62 and 63 of the Constitution for “not sharing details” of Toshakhana gifts and proceeds from their alleged sale.