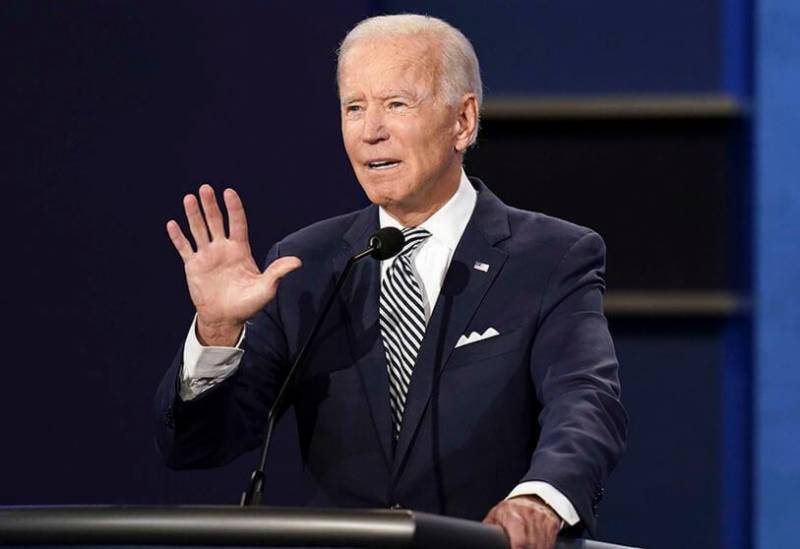 New York (Web Desk): US President Joe Biden made a fervent appeal to the world to help Pakistan deal with the devastation of the recent floods in his speech to the UN General Assembly (UNGA).

“Much of Pakistan is still under water, and needs help,” said the US leader while highlighting the impact of the changing climate on the world.

“Families are facing impossible choices, choosing which child to feed and wondering whether they’ll survive,” he said. “This is the human cost of climate change. And it’s growing, not lessening.”

The US president announced a $2.9 billion fund to support life-saving humanitarian and food security assistance across the globe for this year alone. Mr Biden also suggested “transparently negotiating” debts of vulnerable nations to forestall broader economic and political crises around the world.

Biden also highlighted consequences of the Ukraine war for the world’s food supply.

Earlier, US Secretary of State Antony Blinken’s adviser Derek Chollet said Pakistan needs more aid than the amount requested by the United Nations for relief after the widespread devastation caused by flash floods.

Mr Chollet, who visited the country’s flood affected areas earlier this month, warned that the worst was yet to come. The flood and the displacement of millions of people, he said, was a near term crisis for Pakistan.

“But it’s also going to be a medium- to long-term crisis for Pakistan as communities would be underwater for quite some time,” he said.

“It’s going to devastate crops, and it’s going to create disease and other medical issues that are going to require long-term healthcare. It’s clear that significant numbers of key crops in Pakistan would be wiped out by these floods,” said Mr Chollet.

“Unfortunately, there’s a massive humanitarian crisis in Europe, the largest Europe has seen since the Second World War. Pakistan has seen itself just in recent years massive humanitarian disasters, all countries are facing these kinds of challenges, even here in the United States. We’ve had a fair number of devastating floods or wildfires,” he said. “But nevertheless, what we’re seeing, the scale, the scope of the damage and destruction in Pakistan is something that all of us need to step up and help for many months to come.”

Responding to a question about the UN Secretary General’s appeal to reschedule Pakistan’s debts, the State Department official said that the recent IMF decision [revival of loan programme for Pakistan] was very important but when it comes to Pakistan’s economy, clearly this flood situation is going to exacerbate the significant challenge the Pakistani government faces.

“The economic devastation caused by the flood situation is something that we will have to take into account in assessing how to help Pakistan,” he said.

The recent unprecedented monsoon rains triggered floods across Pakistan that have caused massive devastation. More than 1,500 people lost their lives, while thousands of houses and cattle were swept away. Millions of people have become homeless and are living in the open sky.