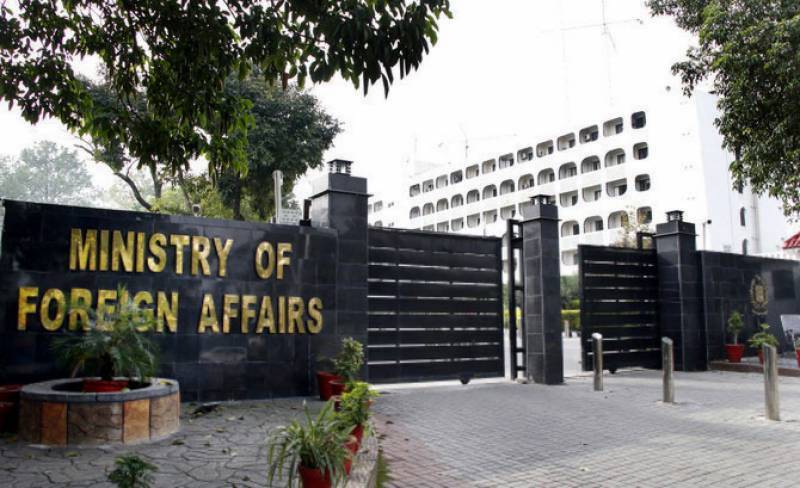 In a statement, Foreign Office (FO) Spokesperson Zahid Hafeez Chaudhri said this while responding to media queries regarding India's use of Israeli spyware -Pegasus - to hack the phones and computers of journalists, judges, diplomats, government officials, rights activists, and global leaders including Prime Minister Imran Khan.

The statement said that keeping a clandestine tab on dissenting voices is a long-standing textbook ploy of the RSS-BJP regime to commit human rights atrocities in Indian Illegally Occupied Jammu and Kashmir (IIOJK) and peddle disinformation against Pakistan.

The statement added that the world has seen the true face of the so-called Indian "democracy" when the reports of EU Disinfo Lab, Indian Chronicle, surfaced earlier last year.

“We are closely following these revelations and will bring the Indian abuses to the attention of appropriate global platforms,” the FO statement said.

The FO spokesperson said in view of the gravity of these reports, we call on the relevant UN bodies to thoroughly investigate the matter, bring the facts to light, and hold the Indian perpetrators to account.

On July 19, an Israeli firm, according to reports, was accused of supplying spyware to governments, was linked to hacking attempts on tens of thousands of smartphone numbers, including activists, journalists, business executives and politicians around the world.

At least one number once used by Prime Minister Imran Khan was also targeted by the NSO Group and its Pegasus malware, which is capable of switching a phone’s camera or microphone on and harvesting its data.

The extent of the spyware – Pegasus – use was reported by The Washington Post, the Guardian, Le Monde and other news outlets who collaborated on an investigation into a data leak.

According to the report, India was one of the ten countries which have been listed as a client of the NSO Group and its Pegasus malware.

The American publication stated that hundreds of numbers from Pakistan appeared on the Indian surveillance list, including one which was once used by the premier. More than 1,000 Indian numbers were also on the list.

Information Minister Fawad Chaudhry had expressed concern on the report and said the unethical policies of the Modi government have 'dangerously polarised India and the region'.