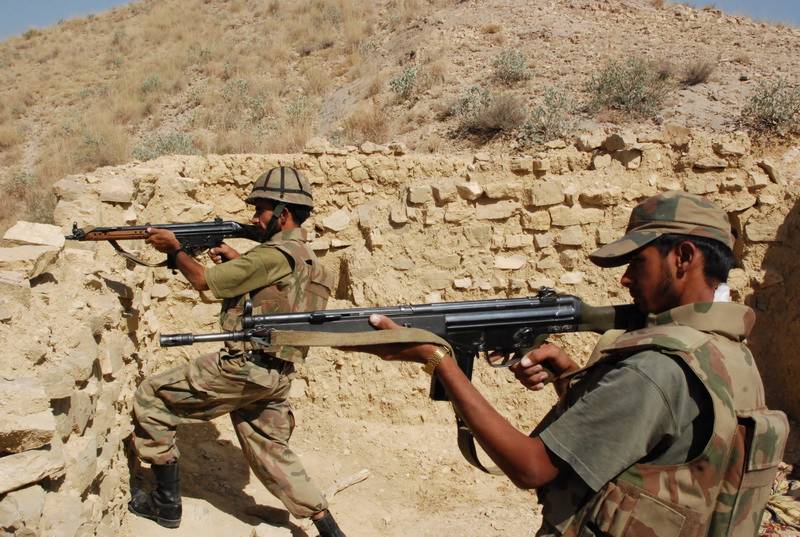 Rawalpindi: Pak forces have killed six most wanted terrorists in South Waziristan, the Inter-Services Public Relations (ISPR) confirmed in a statement on Saturday.

According to ISPR security forces conducted an intelligence-based operation in the Ladha region of South Waziristan, as a result six terrorists were gunned down, including most wanted terrorist Nanakar involved in killing of local population and Maliks.

ISPR confirmed that Havaldar Razzaq Khan and Havaldar Mumtaz Hussain embraced martyrdom during the exchange of fire. Security forces also recovered a huge cache of arms and ammunition from the terrorists. The suspected terrorists had been in contact with a militant network in Afghanistan's Paktika province.