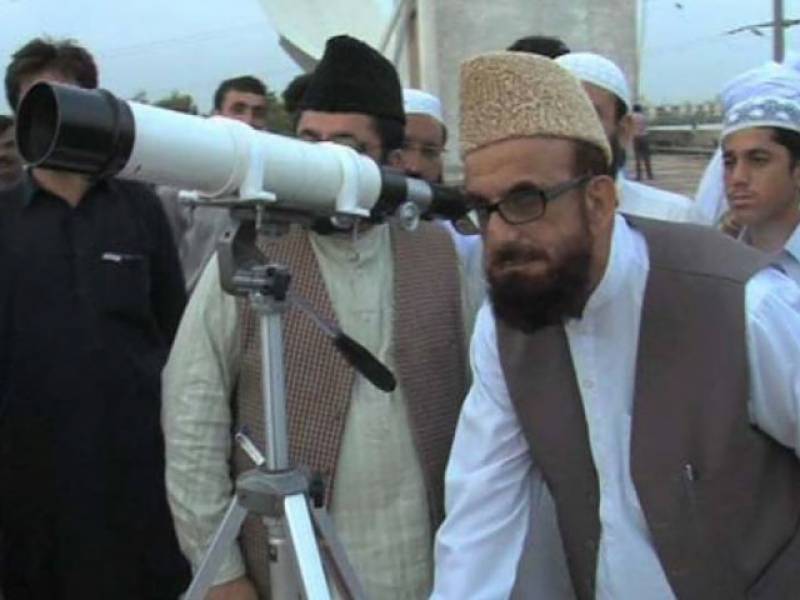 Karachi (Web Desk): The Central Ruet-e-Hilal Committee has announced that the Shawwal moon has been sighted, therefore, Eid-ul-Fitr in Pakistan will be celebrated on May 24 (Sunday).

Addressing a press conference, Central Ruet-e-Hilal Committee Chairman Mufti Muneeb ur Rehman said that several witnesses were received from Balochistan and other parts of the country about sighting of the moon.

The meeting of Central Ruet-e-Hilal Committee, presided over by Mufti Muneeb ur Rehman, was held in Karachi to decide about the sighting of Moon of Shawwal-ul-Mukarram 1441 Hijri or otherwise.

The meetings of Zonal and district Ruet-e-Hilal Committees were also held in their respective areas for collecting evidences in respect of sighting or otherwise of the Moon.

It is pertinent to mention that Saudi Arabia and the United Arab Emirates (UAE) will celebrate Eid-ul-Fitr on Sunday as the moon was not sighted on Friday.

Earlier on Saturday, Federal Minister for Science and Technology Fawad Chaudhry has said that Eid-ul-Fitr may be celebrated in Pakistan on May 24 (Sunday) as according to his ministry, the new moon has been born.

Addressing a press conference, Fawad Chaudhry said that moon sighting is no longer a problem due to the latest technology all around the world but meetings of Ruet-e-Hilal committee have always been a source of controversy instead of bringing unity.

He said that moon takes a little more than 29 days to complete its cycle around the earth and it is illuminated through sunlight.

There should be difference of 38 minutes between setting of sun and rising of the moon and its height should be 6.5 degrees. The minimum angle to view the moon should be nine degrees.

Minister for Science and Technology also said that on May 22, Shawaal moon was born at 10:39 pm.

He regretted that Eid and Ramazan moon sighting have always witnessed a controversy in Pakistan.

Fawad said it was a commitment of the present government to end this controversy.

For this purpose a committee was formed which prepared an Islamic Calendar, he said adding that the Ruet app was also developed which gives the location of the moon.

The minister said the religious festivals should promote unity instead of discord.