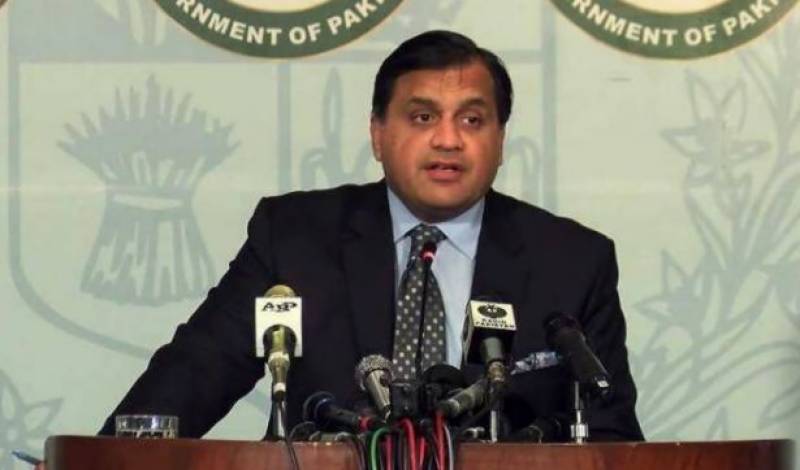 Islamabad (Web Desk): Foreign Office (FO) spokesperson Dr Mohammad Faisal on Wednesday said that Pakistan and India are likely to sign an agreement pertaining to the opening of Kartarpur corridor on Thursday.

During his weekly news briefing in Islamabad, Dr Mohammad Faisal said it is our effort to get the agreement signed tomorrow.

“A mechanism has been evolved for the visits of Yatrees to Gurdawara Darbar Sahib,” the spokesperson said.

Dr Faisal said that the Yatrees will come in the morning and go back in the evening. He added full details of the Kartarpur operationalisation agreement will be shared after its signing.

The spokesperson said that each visiting Yatrees will have to pay 20 dollars service charges.

Alluding to the tension with India, the spokesperson said, “We have noticed that anti-Pakistan tirade of BJP leadership is continuing as the electoral process in the Indian states of Haryana and Maharashtra advances”.

“Pakistan categorically rejects the Indian allegations and threats as well as distortion of history and facts,” Dr Faisal asserted.

The spokesperson once again strongly rejected the claims of Indian Army Chief about the so called launchpads targeted by India along the Line of Control (LoC). He called upon the P-5 countries to ask India to provide information about the so called alleged launch pads.

Referring to the visit of diplomatic corps to the LoC, the spokesperson said Pakistan had requested the Indian high commission in Islamabad to share the details of the alleged locations to back their allegations. “No response has so far been received from the Indian High Commission,” he said.

The FO spokesperson said Pakistan does not harbor aggressive designs but our armed forces and the people remain ready to defend the country against any act of aggression.

“Pakistan's position on festering Kashmir is very clear and unchanged. The resolution of this dispute lies in the aspirations of Kashmiri people as per the UN Security Council resolutions,” he asserted.

To a question about Malaysian President Mahathir Mohamed stance on Kashmir dispute, the spokesperson said Pakistan is proud of its Malaysian brothers and sisters.

When asked about Indian water aggression, Dr Faisal said Pakistan will fight its case at an appropriate forum its rights under the Indus Water Treaty were challenged.

Responding to a question about the upcoming Afghan talks in Moscow, the spokesperson said Pakistan will attend the talks and it will be represented by the additional secretary for Afghanistan and the West Asia.

“Pakistan will continue its efforts as part of shared responsibility to make international peace efforts successful in Afghanistan,” the FO spokesperson added.