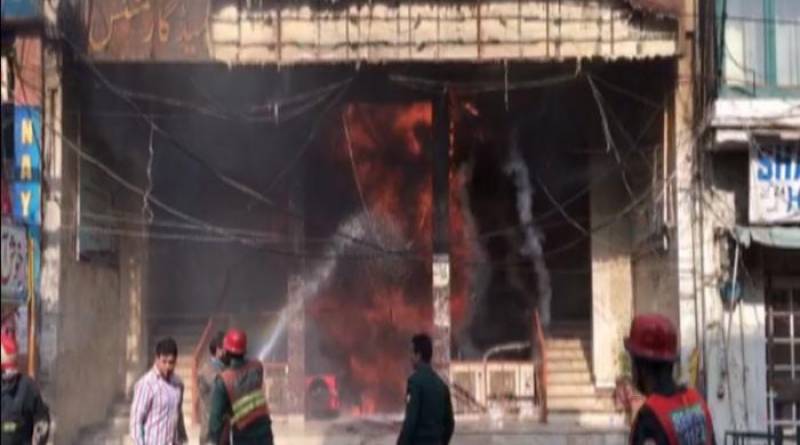 Lahore (Staff Report): Fire erupted in the basement of a plaza in New Anarkali, taking into its fold at least 10 shops till this report was filed on Monday morning.

The rescue teams reached to the spot the sources had announced around 8AM that the blaze was controlled, however, it was not the case as the fire spread from the basement to the third floor of the plaza.

The fire broke out due to a short circuit in the wee hours of Monday, according to rescue sources. The subsequent blaze took garment shops in the plaza into its folds.

On getting the information, eight vehicles of the rescue and fire departments reach the site.

However, even after a few hours the fire could not be controlled till this report was filed, leaving heavy clouds of smoke to billow from the plaza.

When the firefighters did not put off the inferno even after a few hours the traders and shopkeepers of the plaza were annoyed and they got into a tiff.

The fire brigade staff did not have the complete equipment, including an oxygen cylinder, to control the fire, the shopkeepers told the media. However, the rescue teams said they were trying to put off the fire without caring for their lives.