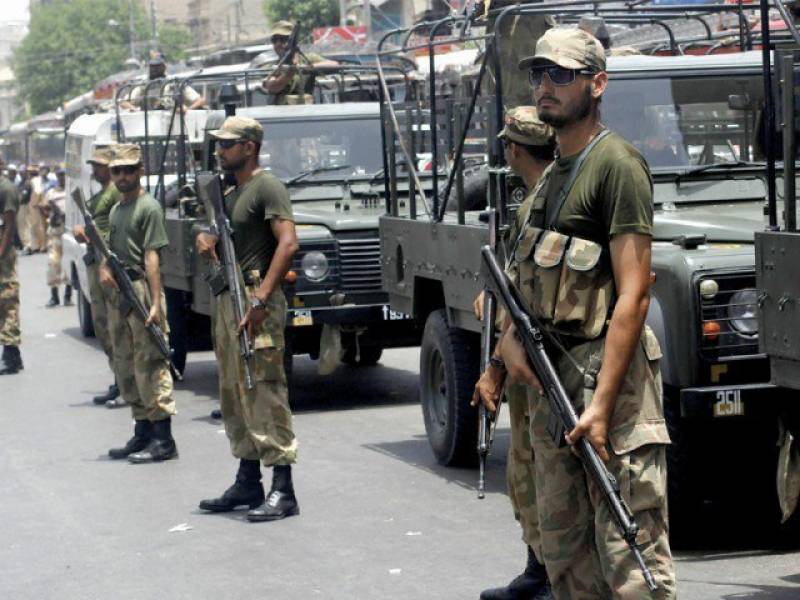 Islamabad (Staff report): The Election Commission of Pakistan (ECP) issued a notice today (Thursday), for the deployment of army troops at the polling stations in the upcoming NA-120 by-election.

According to details, the ECP wrote a letter to Defence Ministry and orders to deploy army troops inside and outside the polling stations falling in the Lahore constituency.

The statement of ECP letter revealed that the troops are to perform their duties until the end of the polling time.

It is pertinent to mention that by-pol elections were scheduled to be held on September 17, 2017,  therefore, the NA-120 Returning Officer had already requested the deployment of army troops at the event.

Earlier, the parliamentary seat had fallen vacant following Nawaz Sharif’s disqualificatin under Article 62 of the Constitution in the Panama Papers case by the Supreme Court and Baghum Nawaz filed her nomination papers for the seat.