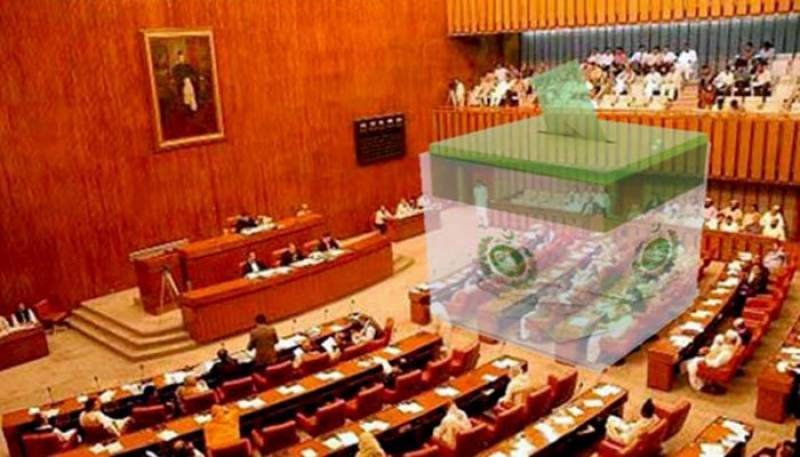 Islamabad (Web Desk): Chief Justice of Pakistan Gulzar Ahmed said on Wednesday that it is Parliament’s prerogative to decide whether or not to use secret balloting in the Senate polls.

During today’s hearing of a presidential reference seeking the court’s opinion on introducing open ballot in the upcoming Senate elections, a five-judge larger bench headed by the CJP observed that “if the Constitution allows for secret voting, the matter will be concluded [forthwith].”

The CJP observed, “It is the parliament that will decide whether or not the voting should be secret; we will not take over the parliament's right.” He maintained that the court will not issue an opinion on the promulgation of the ordinance.

The case was adjourned till Thursday, February 25. “We will individually listen to all those who are party to the case tomorrow,” the chief justice said.