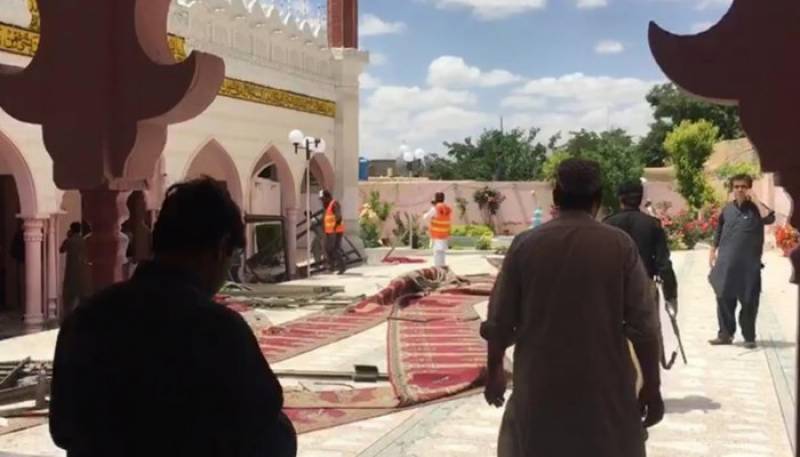 Quetta (Staff Report/Agencies): At least two people were martyred and 14 others were injured in an explosion ripped through a mosque in Quetta’s Pashtunabad area.

Police said the blast occurred near Masjid Rahmania during Friday's prayers. However, the nature of the blast is yet to be determined.

According to the mosque administration, the blast occurred at 1:15pm and that there were approximately 30 to 40 people in the mosque for Friday prayers.

Police have cordoned the area while rescue officials have shifted the injured to Civil Hospital for treatment.

Chief Minister Jam Kamal Khan condemned the incident and directed for the best possible care of the injured and instructed law enforcers to bring those responsible to justice.

The blast in Pashtunabad is the latest incident in a wave of terrorism that has swept across Balochistan over the past few months.