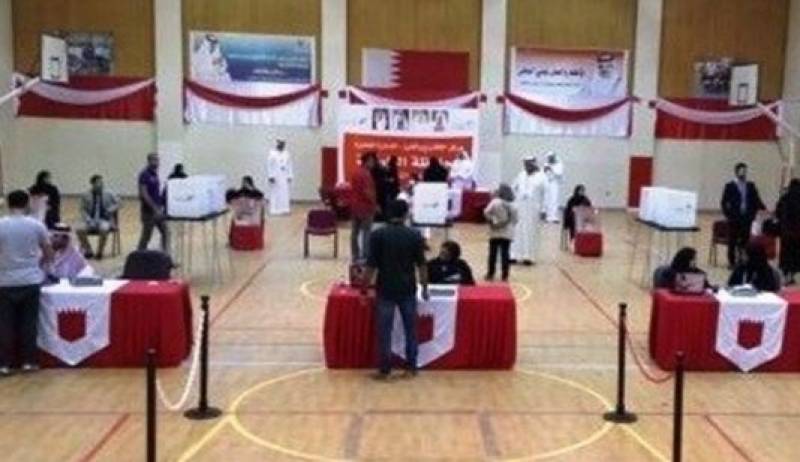 Dubai (Agencies): Polls opened in Bahrain on Saturday to elect a new parliament, but absent from the ballot is the country's Shiite-dominated opposition, whose most prominent figures are serving lengthy prison sentences.

Up for grabs are 40 seats in Bahrain's lower house of parliament and 30 municipal council seats. Runoffs will be held next month.

It's the second election in Bahrain since mass protests led by the country's Shiite majority erupted in early 2011. The government, which is ruled by a Sunni monarchy, crushed the Arab Spring-inspired protests with help from Saudi and Emirati forces, but disenfranchised Shiite youth continue to hold scattered street protests in the tiny Persian Gulf nation.

Rights groups say Saturday's vote is taking place in a repressive environment that is not conducive to free elections.

Just before Bahrain held its last parliamentary elections in 2014, the country's largest opposition bloc, Al-Wefaq, was suspended. Fourteen Shiite candidates won seats in those elections, which were boycotted by much of the Shiite-dominated opposition.

Since then, Al-Wefaq has been ordered dissolved and its leader, Sheikh Ali Salman, has been sentenced to life in prison. Courts also dissolved the secular Waad group and closed the last independent newspaper in the country, Al-Wasat.

Just this month, prosecutors detained and charged a former lawmaker for expressing his intention on Twitter to boycott the elections. Prosecutors say the tweets sought to "hamper the democratic process."

More than 100 Bahrainis have been stripped of their nationality in recent years, forced to take up residence in Iraq and other countries.

Human Rights Watch noted that in June, King Hamad signed legislation that disqualifies opposition candidates from these elections by banning anyone who belonged to a dissolved political organization or who was previously convicted and sentenced to more than six months in prison from running for political office.

"By jailing or silencing people who challenge the ruling family and banning all opposition parties and independent news outlets, Bahrain is failing to create the conditions necessary for a free election," said Lama Fakih, deputy Middle East director at Human Rights Watch.

The government, however, has defended the election as free and fair, saying the vote is being monitored by the judiciary and local civil society groups.

The state-run Bahrain News Agency carried a report in the lead-up to the election saying those barred from running had been found guilty of violating the law. It accused some of the barred opposition groups of receiving support from Iran and Qatar, which Bahrain has repeatedly accused of sowing instability.

Some Shiite protesters have taken up arms amid the crackdown and have carried out attacks on security forces. The government accuses Iran's paramilitary Revolutionary Guard of training and supporting them.

Bahrain, a nation of around 760 square kilometers (290 square miles) in size, is home to some 1.4 million people. About half are Bahraini citizens, the majority of them Shiite. There are 365,467 eligible voters. Polls close at 8 p.m. (1700 GMT), and it's unclear when results will be announced.

The island is also home to the US Navy's 5th Fleet and a new British naval base.

The country has been ruled since the 1780s by the Al Khalifa family. King Hamad, who took the throne in 1999, initially took steps to move the country from an absolute monarchy to a constitutional one.