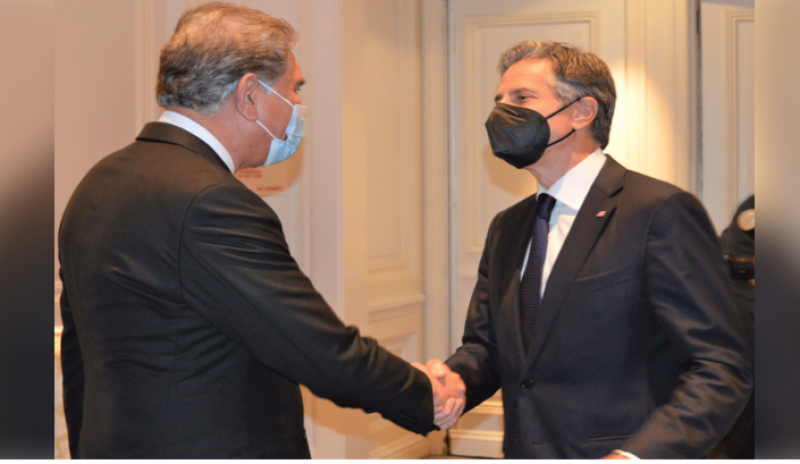 New York (Web Desk): Foreign Minister Shah Mahmood Qureshi has reiterated Pakistan's desire for a balanced relationship with the United States (US) that was anchored in trade, investment, energy and regional connectivity.

He expressed these views during his meeting with US Secretary of State Antony Blinken on the sidelines of the UN General Assembly session in New York.

“Close engagement between Pakistan and the United States had always been mutually beneficial and a factor for stability in South Asia,” the foreign minister said.

He reiterated Pakistan's commitment to facilitate efforts for an inclusive political settlement in Afghanistan.

“Only a stable and broad-based government in Afghanistan, which reflects its diversity, would be able to ensure that Afghan territory is never exploited by transnational terrorist groups ever again,” Qureshi stressed.

He said the international community has a moral obligation to help the Afghan people in dealing with the growing humanitarian crisis in Afghanistan.

FM Qureshi hoped that the world would not repeat the mistake of disengaging with Afghanistan.

FM Qureshi underscored the importance of resolving the Kashmir dispute for lasting peace and stability in South Asia.

During the meeting, Secretary Blinken appreciated Pakistan’s support for the evacuation of the US citizens and other nationals from Afghanistan, and its continued efforts for peace in the region.

The US Secretary of State said he believed the world was united on pressing the Taliban after speaking with Pakistan, China and Russia, key players with Afghanistan´s new rulers.