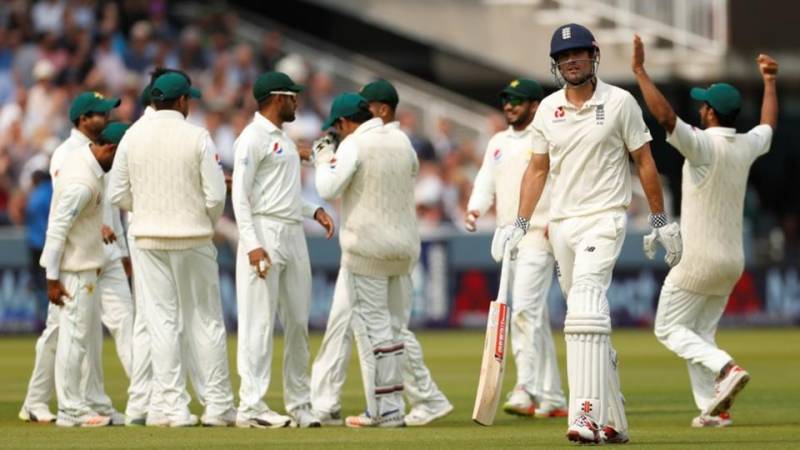 London (Agencies): Pakistan will start the second day at 50-1 in reply to England's first innings total of 184, trailing by 134 runs as earlier Pakistan achieved dominating position in the first day of the Test match.

According to details, on stumps at day one, Pakistan lost opener Imam-ul-Haq after scoring four of 16 balls.

Today at Lord's, Azhar Ali will be on the crease at 18 not out along with Haris Sohail on 21.

Earlier, England suffered collapses at both ends of their innings after captain Joe Root decided to bat first when winning the toss, despite a green-tinged pitch and overcast conditions offering the promise of assistance to Pakistan's pacemen.