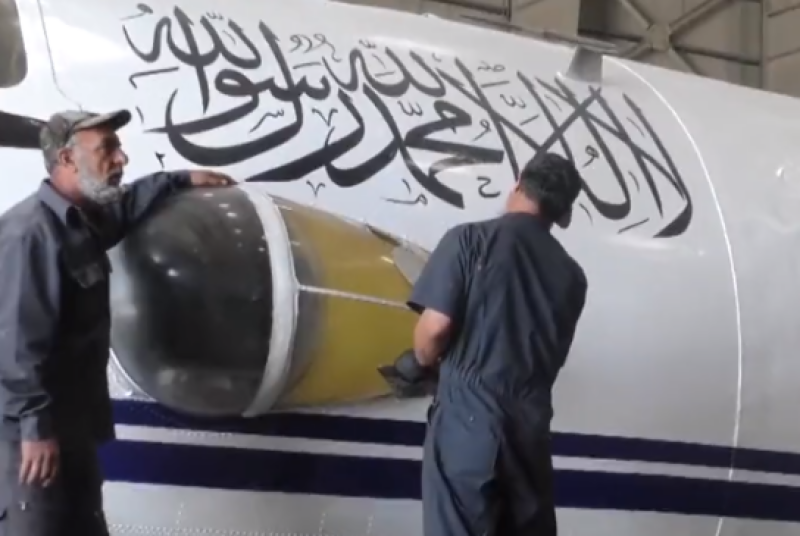 Kabul (Web Desk): The Taliban interim administration repaired 70 damaged military planes and helicopters that were damaged by US soldiers before they left the country after 20 years in August last year.

The Afghan Air Force has repaired 70 damaged military planes and helicopters given to the previous government of President Ashraf Ghani by the US and its allied forces, Afghan Defense Ministry spokesman Inayatullah Khawarizmi told Anadolu Agency in Kabul.

He added that all of them are now in service and being used by the Afghan Air Force.

The Taliban interim administration has repaired 70 damaged military planes and helicopters that were damaged by US soldiers before they left Afghanistan after 20 years in August last year https://t.co/QWHy2K9HW6 pic.twitter.com/HMKEHGZZ0L

US soldiers had damaged military aircraft, helicopters, and a wide range of other military vehicles before leaving the country on Aug. 31, 2021.

“We didn’t have a single operational aircraft when we came to power,” he said.

Approximately 600 pilots and technicians worked for the Afghan Air Force during the previous Ghani government, and a significant number of them left the country in August of last year.

On the Taliban's request, approximately 40 pilots and technicians returned to Afghanistan and began their work, he said, thanking them for repairing the damaged planes and reintroducing them into the air force.