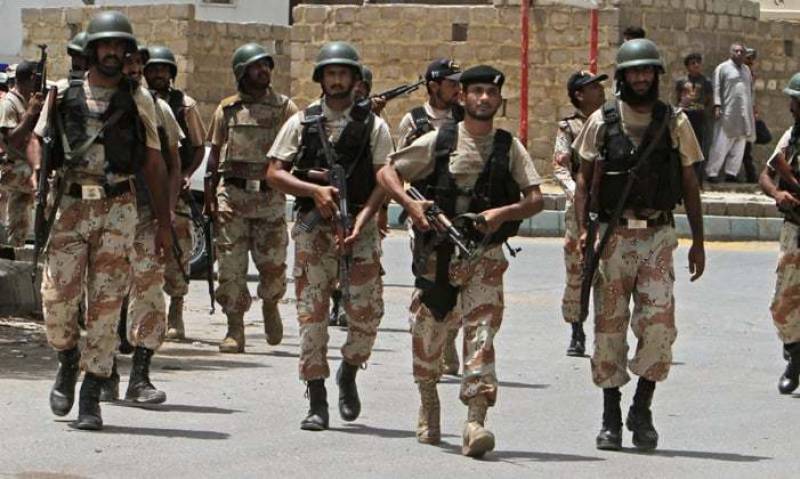 According to Rangers spokesperson, the raids were conducted in different parts of city including Korangi, Hyderi, Zaman Town, Gulshan-e-Iqbal and Golimar.

The spokesperson said that five criminals were arrested during the raids. The Rangers officials found evidences that a suspect affiliated with militant wing of a political party, a Lyari gangster, two extortionists and a robber were among the arrested suspects.

The Rangers also claim to have recovered weapons and ammunitions from their possession.