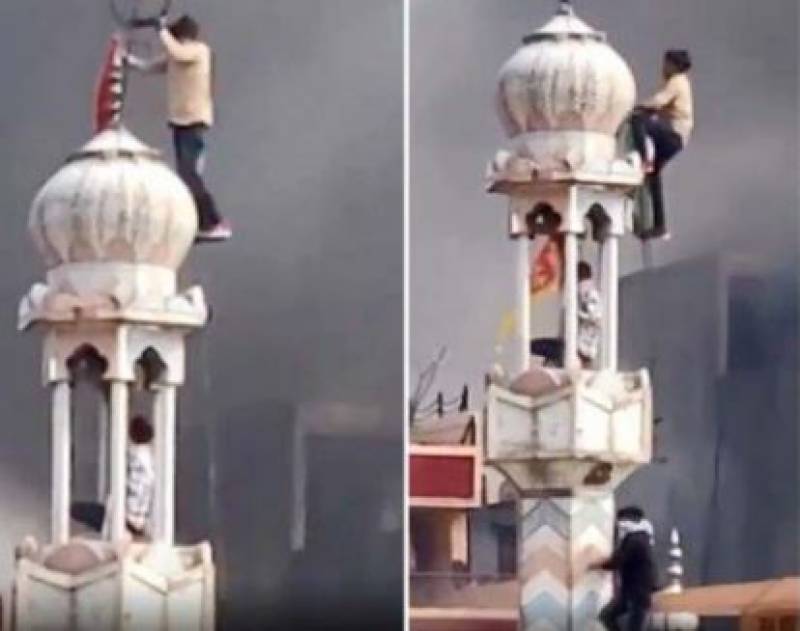 New Delhi (Web Desk): A mosque has been set on fire in New Delhi as at least 17 people have been killed and hundreds injured in clashes between opposing groups of protesters the Indian capital.

Al-Jazeera quoting the Indian website ‘The Wire’ reported that a mob shouting “Jai Shri Ram”, translated to “hail Lord Ram”, paraded around the burning mosque in the Ashok Nagar area of the capital on Tuesday.

The clashes, the worst in the capital since unrest over a new citizenship law began in December, started at the weekend but turned deadly on Monday.

On the other hand, the government of Prime Minister Narendra Modi on Tuesday attempted to gag media amid deadly violence in New Delhi.

The Indian government has instructed news channels that they must be cautious about airing content that incited violence and promoted anti-national attitudes, reported Hindustan Times.

“It is hereby reiterated that all TV channels are advised to be particularly cautious with regard to any content which is likely to encourage or incite violence, or contains anything against the maintenance of law and order or which promotes anti-national attitudes,” the advisory said.