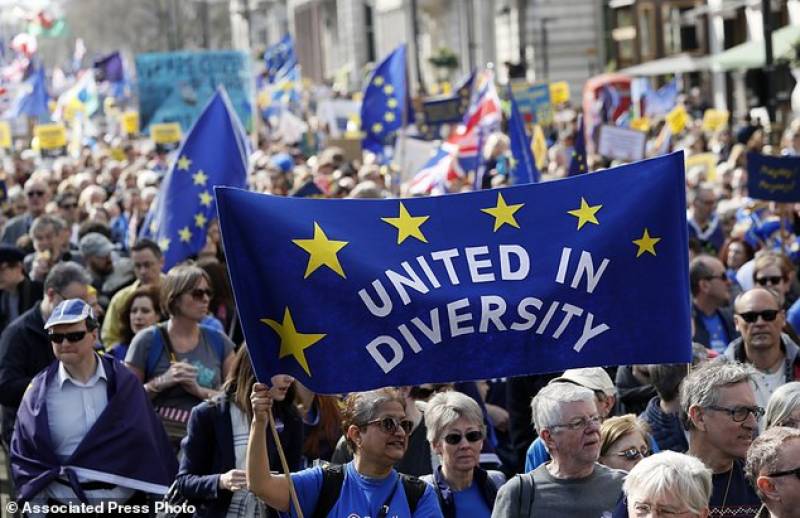 London (web Desk): London road are crowded with throngs of pro-EU in defiance of the terror threat, to mark the bloc’s 60th anniversary just days before Brexit begins.

A sea of blue EU flags stretched down Piccadilly and past Trafalgar Square, interspersed by signs saying “I am European” and “I’m 15 — I want my future back!” The crowd fell silent as it filed into Parliament Square, the scene of terror this week when a homegrown killer drove a car through crowds of people before crashing into parliament and stabbing a policeman.

Organisers said around 80,000 people had joined the march calling for Britain to stay in the European Union, even as Prime Minister Theresa May prepares to start the withdrawal process on Wednesday.

“Terrorism won’t divide us — Brexit will,” said one banner held aloft, while another said: “Stop sleepwalking, stop this madness.”