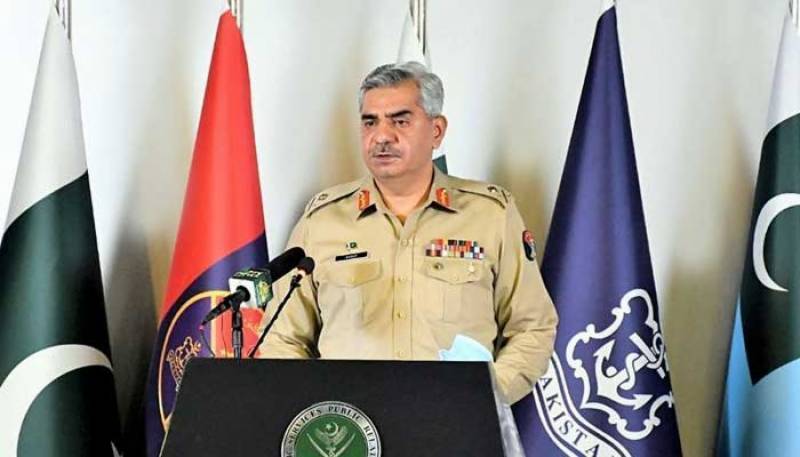 Addressing a news conference in Rawalpindi on Friday, he said there has been no major incident but we have taken maximum measures and moved our regular troops to the border to cope with any situation.

"We have taken every possible step to maintain security at the border and every movement is under control there. But this does not mean that nothing can happen, something can happen, but we are prepared; it is not that we will be unaware of that," the DG ISPR said.

He said that after August 15, the border had to be closed and reopened several times.

Responding to a question, he said that the Taliban had assured that TTP will not be allowed to use Afghan soil for carrying out terror activities in Pakistan.

Regarding a "possible refugee crisis" at the border, he said that at the moment, there are no refugees at the border.

He highlighted that Pakistan has been the biggest target of the violence in Afghanistan, adding Pakistan had to spend $152 billion to fight against terrorism.

Lashing out at India, he said that the eastern neighbor played an extremely negative role in Afghanistan. He said that India provoked previous Afghan leadership and forces against Pakistan.

Shedding light on possible terrorist attacks orchestrated by RAW, the DG ISPR said that there is no need to worry as the army is ready to tackle them.

He also spoke about the recent attacks on Chinese nationals in Pakistan and said that security has been beefed up the foreign nationals.

The DG ISPR said the second-biggest site for evacuation of foreigners from Afghanistan, besides the ones in the neighbouring country, was in Pakistan.

So far, 113 flights, both military and commercial, have landed in Pakistan from Afghanistan, he added.

Responding to another question, he said that while there was "always a fear of a civil war" taking place in Afghanistan, the situation is volatile and nothing can be said about it as of now.

"However, right now, there is no civil war in Afghanistan," Manjor General Babar Iftikhar said.

The DG ISPR said that Pakistan is "hoping for the best" in terms of normalisation of the situation in Afghanistan but would not like to "speculate anything".