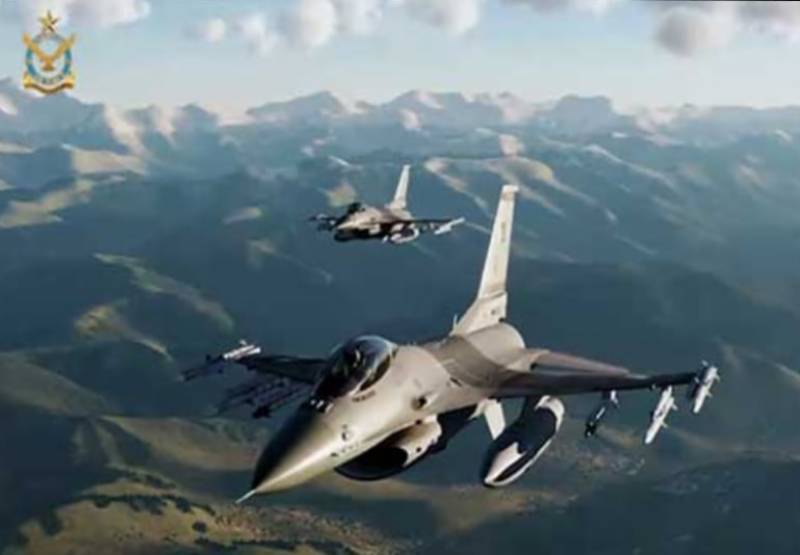 Islamabad (Web Desk): Pakistan Air Force (PAF) is celebrating 'Surprise Day' today (Saturday) on the occasion of second anniversary of Operation Swift Retort to pay tribute to the valiant pilots and all those involved in defending the motherland and shooting down Indian aircrafts in 2019 this day.

The Operation Swift Retort was a rapid response to Indian Air Force strike in Balakot obliterating Pakistan's airspace that had merely harmed a few trees and a wild crow.

PAF had shot down two Indian fighter jets namely Mig-21 and Su-30 while the pilot of the Mig-21, Wing Commander Abhinandan Varthaman, was captured by Pakistani authorities as the fighter jet crashed inside Pakistan’s territory. The captured pilot was realised a day later as a good-will gesture to India.

The celebration ceremony of Surprise Day was held at PAF Headquarters in Islamabad, the Radio Pakistan reported.

The ceremony started with a flypast of the air force's fighter planes.

Addressing the ceremony, Chief of Air Staff Air Chief Marshal Mujahid Anwar Khan said that PAF would thwart any misadventure by the enemy and is ready to respond with full force as per the aspirations of the nation.

“Our desire for peace must not be misunderstood and in case of any misadventure our response would be swift, resolute and unwavering,” the air chief said.

He said that living up to its legacy yet again made its mark through professional excellence and valour on February 27, 2019.

“We stand with our Kashmiri brethren in their just struggle for right to self-determination,” the air chief said, adding that it is time to end the atrocities being inflicted on innocent Kashmiris in Indian Illegally Occupied Jammu and Kashmir (IIOJK).

Meanwhile, Director General Inter-Services Public Relations (ISPR) Maj Gen Babar Iftikhar said that February 27, 2019 is testament that Pakistan Air Force, with support of the nation, will always defend the motherland against all threats.

In a tweet he said, "It is not numbers but courage & will of a resilient nation that triumphs in the end."

The DG ISPR added Pakistan stands for peace but when challenged, shall respond with full might.

In a series of tweets, the premier said, “I congratulate the entire nation and salute our Armed Forces on the second anniversary of our response to India’s illegal, reckless military adventure of airstrikes against Pakistan. As a proud and confident nation, we responded with determined resolve at a time and place of our choosing.”

“We also demonstrated to the world Pakistan’s responsible behaviour in the face of India's irresponsible military brinkmanship, by returning the captured Indian pilot. We have always stood for peace and remain ready to move forward to resolve all outstanding issues through dialogue, he added.

Welcoming the restoration of ceasefire across the Line of Control (LoC) with India, PM Imran said that the onus of creating an "enabling environment" between the two nations rests with India.