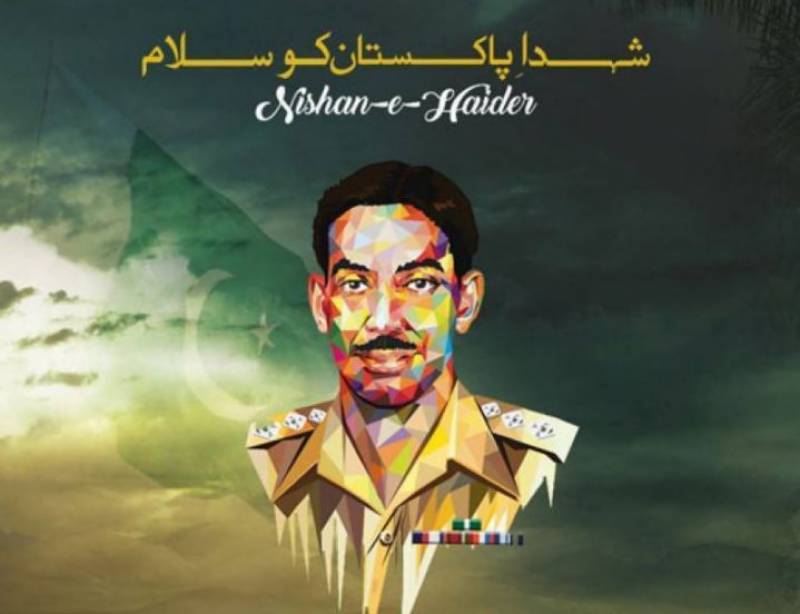 Raja Muhammad Sarwar was born in Singhori village in Gujar Khan district on November 10, 1910. His father, Raja Muhammad Hayat Khan, also served in the British army as a constable.

Raja Sarwar entered into the army as a Sepoy in April 1929 and served in the Baloch regiment till 1941.

He was commissioned in the Punjab regiment in 1944 and also got promoted to the rank of Second Lieutenant that very year.

Raja Sarwar joined the Punjab regiment in 1946 and achieved the rank of Captain, months before the creation of Pakistan.

Once the country emerged on the map of the world in 1947, Raja Muhammad Sarwar volunteered to be a part of the battalion formed to regain Kashmir.

He was given the rank of Company Commander of the Second Battalion of the Punjab Regiment.

Under Captain Muhammad Sarwar’s leadership, the regiment was able to force the Indian forces to retreat out of certain regions of Gilgit-Baltistan. However, his battalion faced heavy resistance from the opposing forces present in the Uri sector as the soldiers pushed forward to take over a well-guarded enemy position.

As he along with his battalion continued moving forward, the intensity of gun-fire, grenade attacks and mortar fire. He received martyrdom on July 27, 1948, after receiving multiple shots on his chest as he attempted to cut a barbed wire barrier while making an effort to progress further into enemy lines.

In recognition of his courage, Captain Sarwar was awarded with the Nishan-e-Haider by Pakistan army. Sarwar Shaheed College, located in Gujar Khan, was named to honour him.

In a tweet on Monday, Director General (DG) Inter-Services Public Relations (ISPR) Major General Babar Iftikhar said: "Nation venerates supreme sacrifice of Capt Muhammad Sarwar Shaheed, NH, Kashmir War 1948. His insurmountable courage and unwavering loyalty will forever be an epitome of valiance. Every bullet he took for country, for Kashmir, strengthens our resolve to defend Pakistan at all cost."

Nation venerates supreme sacrifice of Capt Muhammad Sarwar Shaheed, NH, #Kashmir War 1948. His insurmountable courage & unwavering loyalty will forever be an epitome of valiance. Every bullet he took 4 country, for Kashmir, strengthens our resolve to defend Pakistan at all cost.

In a message on Twitter, the information minister said that Captain Sarwar Shaheed created history with his gallantry, valour and courage.

He added that the brave sons of the soil who sacrificed their lives for the motherland were the pride of the nation and which saluted them.