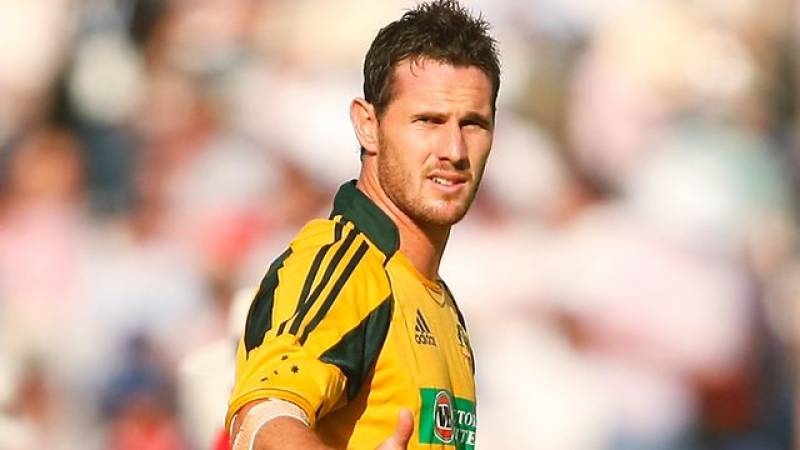 Sydney, Australia (Reuters): Former Australian fast bowler Shaun William Tait has announced his retirement from all forms of the game on Monday due to persistent elbow injuries.

Tait, 34-year-old, who had retired from first-class cricket in 2009 and one-day internationals in 2011, continued to play as a Twenty20 specialist, with his last match coming for the Hobart Hurricanes against the Sydney Thunder in the 2016-17 Big Bash League.

He has suffered a number of injuries in his career, including a chronic elbow problem that has prompted his decision to end his career.

Tait told the media, "I honestly wanted to play a couple more years, whether it was over in the UK or here."

"The elbow has pretty much gone off a cliff now, it´s done and dusted.

"I suppose when you´re not contributing on the field as much as you´d like to, it´s time to finish up."

Tait was instrumental in Australia´s 2007 World Cup triumph in West Indies, where he was the joint-second highest wicket-taker with 23 dismissals in the tournament.

Cricket Australia CEO James Sutherland said in a statement that in his prime, Shaun was the world´s fastest bowler. It was incredibly exciting to watch him full flight bursting through the defences of the game´s best batsmen.

Tait represented Australia in three tests, 35 ODIs and 21 T20s and made his last international appearance against India in the shortest format at Sydney last year.