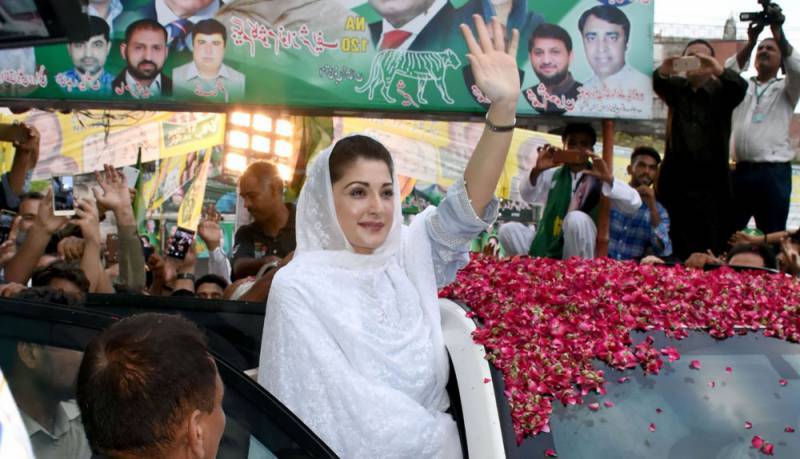 The ECP issued a notice to Maryam Nawaz with the hearing of the petition fixed for June 17.

Later, talking to newsmen, Parliamentary Secretary for Law, Maleeka Bukhari said that the PTI believes in strengthening of democracy.

On May 9, The PTI filed a petition in the ECP against Maryam Nawaz’s appointment as PML-N vice-president.

The petition filed by Farrukh Habib, Maleeka Bokhari, Kanwal Shauzab and Javeria Zafar states that Maryam Nawaz is ineligible to hold any political or public office, so her appointment as a PML-N vice-president is in contradiction with the constitution and law of the land.

On May 3, Maryam was made one of the 16 vice-presidents of the party along with Hamza Shehbaz. Former prime minister Shahid Khaqan Abbasi was appointed as senior vice president of PML-N, while Ahsan Iqbal was made general secretary.

Marriyum Aurangzeb was retained as secretary information and the party's spokesperson, while former finance minister Ishaq Dar has been made president of the party's International Affairs Committee.