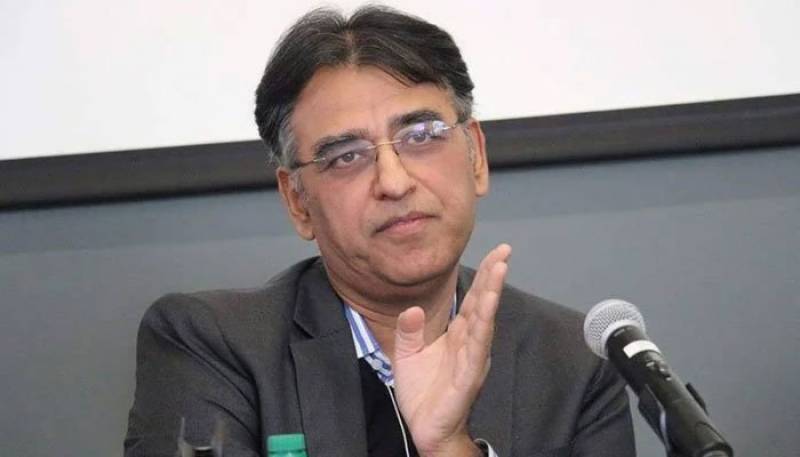 Islamabad (Web Desk): Pakistan on Saturday announced a ban on entry from from six southern African nations and Hong Kong following the emergence of a new variant of the coronavirus, Omicron.

In a post on Twitter, Federal Planning and Development Minister Asad Umar, who also heads the National Command and Operation Centre (NCOC), said: “Based on the emergence of the new covid variant, notification has been issued restrict travel from 6 south african countries and Hong Kong. The emergence of new variant makes it even more urgent to vaccinate all eligible citizens 12 years and older”.

Based on the emergence of the new covid variant, notification has been issued restrict travel from 6 south african countries and Hong Kong. The emergence of new variant makes it even more urgent to vaccinate all eligible citizens 12 years and older.

The countries from where the travel has been restricted include South Africa, Hong Kong, Mozambique, Namibia, Lesotho, Botswana, "due to threat" from the new COVID-19 variant Omicron.

According to a statement issued by the NCOC, a ban on direct or indirect inbound travel from the aforementioned countries has been imposed, with the countries placed in Category C "with immediate effect".

The NCOC said that Pakistani passengers travelling from these countries on "extreme emergency" will only be allowed after obtaining exemptions and ensuring the following protocols:

Due to threat of new Variant, following countries have also been included in Cat C and complete ban has been imposed on direct / indirect inbound travel from these countries with immediate effect: South Africa, Hong Kong,Mozambique, Namibia, Lesotho, Botswana pic.twitter.com/DxzqzV4sse

It is pertinent to mention that the South African scientists on November 25 said that they had detected a new COVID-19 variant in small numbers and were working to understand its potential implications.

Moreover, the WHO on Friday classified the B.1.1.529 variant detected in South Africa as a SARS-CoV-2 “variant of concern,” saying it may spread more quickly than other forms.