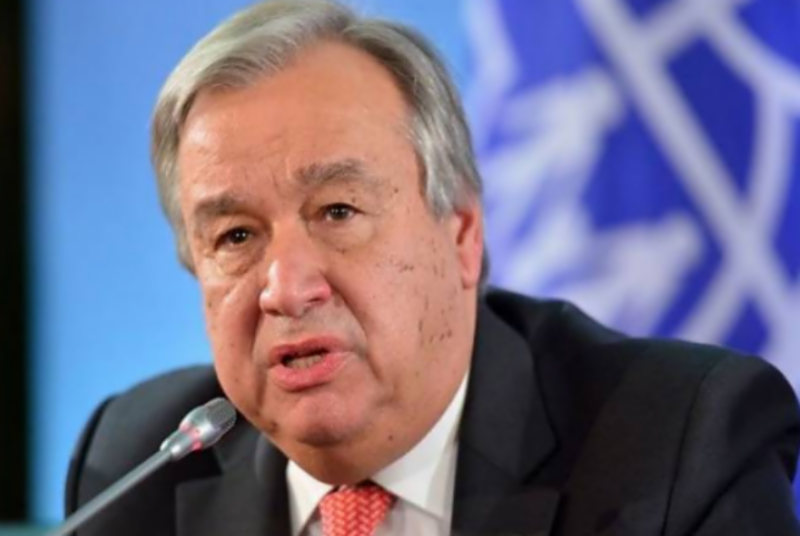 New York (Web Desk): United Nations (UN) Secretary-General Antonio Guterres has condemned "the rattling of nuclear sabers" and called for the end of 'nuclear blackmail" and recommitment to peace.

The UN chief was speaking at an event to commemorate the International Day for the Total Elimination of Nuclear Weapons, held as the annual debate in the UN General Assembly Hall on Monday.

"Nuclear weapons are the most destructive power ever created. They offer no security just carnage and chaos," Mr Guterre said, adding that elimination of nukes would be the greatest gift we could bestow on future generations.

The UN chief recalled that the Cold War had brought humanity within minutes of annihilation.

"Decades after the fall of the Berlin Wall, we can hear once again the rattling of nuclear sabres,” he said.

"Let me be clear. The era of nuclear blackmail must end. The idea that any country could fight and win a nuclear war is deranged. Any use of a nuclear weapon would incite a humanitarian Armageddon. We need to step back," Mr Guterres said.

The UN chief also spoke of his disappointment after countries failed to reach consensus at a conference last month to review the landmark Non-Proliferation Treaty (NPT), the only binding commitment to the goal of disarmament by States which officially stockpile nuclear weapons.

The UN chief pledged not to give up and urged countries to use every avenue of dialogue, diplomacy and negotiation to ease tensions, reduce risk and eliminate the nuclear threat.

Guterres underscored the need for a new vision for nuclear disarmament and non-proliferation, pointing to his New Agenda for Peace. It calls for meaningful disarmament and developing a common understanding of the multiple threats facing the international community.

"We need to take into account the evolving nuclear order, including all types of nuclear weapons and their means of delivery. And we need to address the blurring lines between strategic and conventional weapons, and the nexus with new domains of cyber and outer space", he said.

The UN chief’s call comes after Russian President Vladimir Putin reportedly made a veiled threat to use nuclear weapons last week, though the UN chief did not specifically name Russia or Putin.