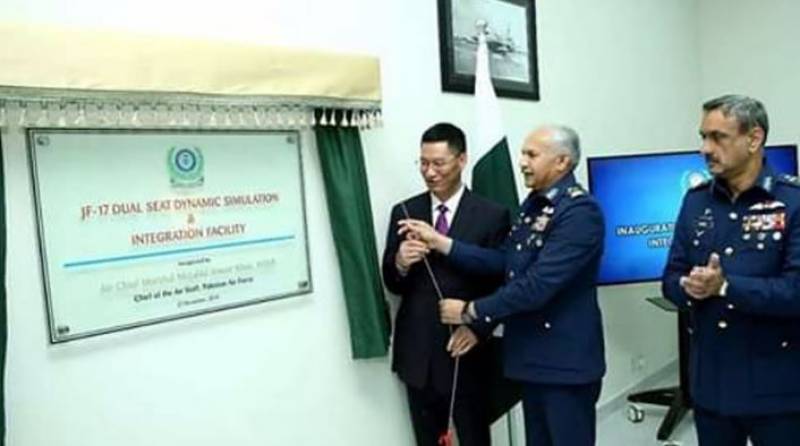 According to a statement issued by Pakistan Air Force (PAF) spokesperson, a grand ceremony was held at Aircraft Manufacturing Factory, Kamra to mark this momentous occasion.

Chief of the Air Staff Air Chief Marshal Mujahid Anwar Khan was the chief guest at the occasion.

Highlighting the time tested friendship between China and Pakistan; the Chinese ambassador said the JF-17 is a testimony of Sino-Pak friendship and mutual cooperation.

Speaking on the occasion, the air chief congratulated PAC and CATIC on successful accomplishment of 2019 production target and completing first 08 dual-seat JF-17 aircraft in record time of five months.

He said that serial production of dual-seat variant is a landmark development for JF-17 program and a true manifestation of everlasting friendship between both the friendly countries.

The air chief added that JF-17 Thunder is the backbone of PAF which has been battle proven during operation Swift Retort.